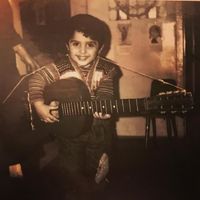 Hello, I’m David Badalyan (stage name tokionine). Music is my passion. I live in the world of music since I was 8. I started creating music at that very age. At that period of time I was writing some jazz songs, which were born during improvisations. Over the years I spent a lot of nights in the clubs performing different improvisations with many talented Armenian jazzmen. At that time, I also participated in many song contests and concerts. But the times forced me to go deeper into the music business and the production process. With the lapse of time I liked it too. Thus, I was both singing and studying the technical part of the music production: starting from recording engineering, ending with the legal aspects of the music industry. Years later I returned to what I was doing at the beginning, creating music. I strongly hope that I have gained enough skills and experience to be able to create a valuable and good content. My first single is “Run” (my credits - vocal producer, music, co-producer, vocal, backing vocals).

Dancing On My Own