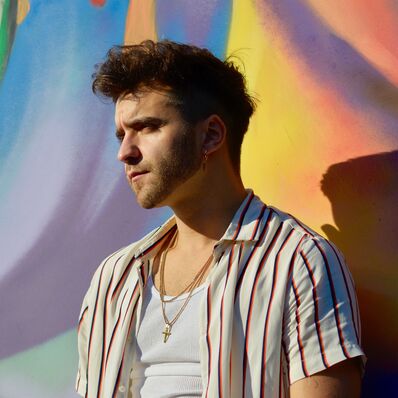 MAXI is a self-taught musician/producer from Boston, Ma. His sound can be described as a combination of Jimi Hendrix, Sade and Robin Thicke. This past year he has written and produced numerous records that have topped ten million in total streams. Although writing and producing in the studio is a love, MAXI’s true passion is the stage. Screaming guitar solos paired with silk like vocal lines, provide an immersive experience to every listener. The music is sexy, romantic and soulful. A spectacle of talent, hard work and soul. Now residing in Los Angeles he has released twelve singles just this past year, two of which were released on the labels: MoAmp Records and Rexius Records. His next single “Used To Be” will be released later this month followed by a five track Ep set to release later this fall. With venues and stages opening back up, look for this artist in the months to come!