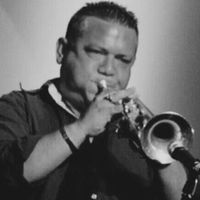 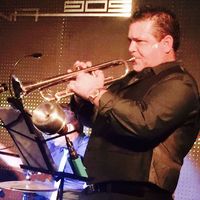 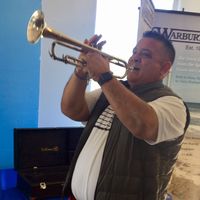 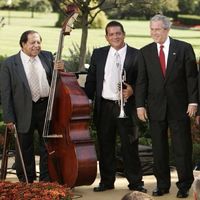 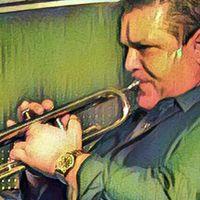 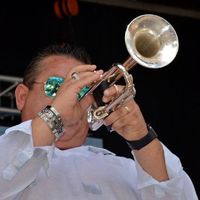 Kiwzo Fumero is a Cuban-American trumpeter and flugelhorn player. He has been the lead trumpet player for many latin stars like Celia Cruz, Willy Chirino, Sonora Carruseles, Juan Gabriel and Cachao, just to name a few. Kiwzo has also shared the stage and CD recordings with many jazz legends in several jazz festivals around the world, including Arturo Sandoval, Paquito D’Rivera, Jimmy Bosch, Andy Garcia and Jhon Faddis. He is a favorite for many music producers in recording albums as a lead trumpet or soloist, receiving 7 Grammy nominations and 2 Grammy awards. He was also a Global Music Awards recipient with his first solo single “There’s no changing you”, a beautifully smooth jazz tune with a lite latin flavor. He is currently producing a solo jazz album to be released on 2018 with original music and some very famous covers. His last single “The Huge Space you Left” is a wonderful example of his abilities to play the flugelhorn with rich middle and low register melodies

The huge space you left

‎Q: A Republican, a Democrat and a Socialist lived in the same house. One day it burned down, but, why did only the Republican live? A: He was the only one at work 🤣

‎Was a pleausure to me to be the lead trumpet on this live recording, the trumpet section here was Kyuso Fumero, Adalberto Lara, Lenny Timor and Mario del Monte. Tropicana all stars of Recaredo Gutierrez.

‎It’s not a crime to be knocked down in the life, but it’s a sin no to get up. No es un crimen ser derrivado en la vida, pero es un pecado no levantarse.