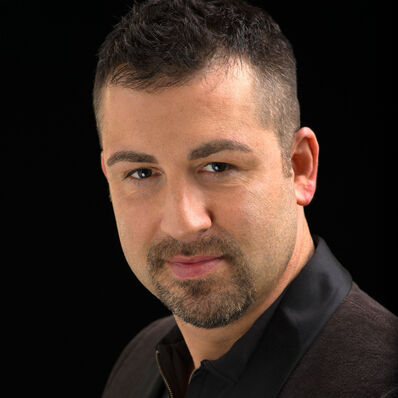 This place is cool. Just wanted to mention it. So usually I end up writing songs that in my head are for other people to perform. But they're not always around, so I end up doing it myself. I regularly write songs envisioning films and maybe attempting to channel Hans Zimmer as well as the Foster and Nevison years of Chicago.

I think I'm like Kermit the Frog in that he's always inviting more friends to be a part of the performance. I'm constantly bringing in additional people to make the collaboration grow. More singers, more instrumentalists. The recordings get an awesome energy with more people involved. (The Saturday Night Live production here is an example of things going the other direction: https://www.youtube.com/watch?v=ATFy2YLT504)

Really, I wish I could tell a younger me to always be the least talented person in a recording session. When pros touch your work it goes to another level quickly. I was fortunate enough to work with producer Otto D'Agnolo about a decade back (you can see him now on Amazon Prime's The Recording Artist). That dude is similar to Humberto Gatica - somehow disparate elements are all complementing one another by the time the mix is complete. It's magical.

Speaking of Humberto Gatica, being a part of any project of his is an honor. I remember hearing a CCM artist in 1990 "all of a sudden" sound good enough to hit mainstream markets. It was weird. Checked the liner... mystery solved. Humberto Gatica engineered and mixed the album. And David Foster had produced most of it. That was what had changed.

Alright, well I'm older than a lot of you here so give me a like or whatever because I need the help to catch up and I'm not too proud to ask. And if you hear any of my music that makes you consider collaborating with me - that's awesome. I love finding out that people I could afford to hire several years ago now charge so much I can't afford their rates. I'm also envious of that if we're being honest. But still, good for them.