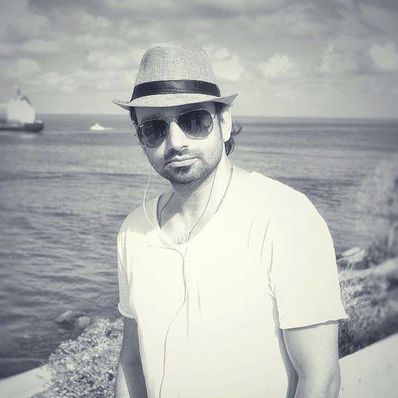 Born on October 21, Ali Khan began his journey at an early age with school level competitions. In 1996, he became a teen heartthrob with the pop group ‘ The Vibes. After the pop groups immensely successful run in the ‘ 90s, Khan went solo in 2000, releasing his first single, Surmai Ankhon Mein in 2002. Khan proved he could stand alone by topping charts nationwide and continued his success as a solo artist with Sathiya (2006) which took the industry by storm.Topping charts for several months thus landing him 3 nominations in TMA Awards 2007 amongst nominees like Ali Azmat, Shafqat Amanat Ali, Ali Zafar & Atif Aslam.

Ali signed up an album deal with Tips Records right after sathiya. Due to unforeseen political turmoil between the two countries, it was called off. but that did not stop him and made a comeback with another smashing hit Koi Aye Na (2011) topping the charts yet again.

Khan has done campaigns with companies like Samsung, Motorolla, Walls and several OSTs namely ‘Rang dey/Guzarish/Tha who pyar & Lamhe which have been very well received.

Ali khan has recently released two new english songs ‘Shaman & Memories,
thus getting the attention of 10 time Grammy Award Winning producer, Kenny Babyface Edmonds. These days Ali Khan is busy working on his Album which will be out soon.

"ISINA is a platform i'd always dreamt of,it will be a once in a life time opportunity to meet and learn from people who are at the pinnacle of their craft.
music to me has always been a mysterious affair...tying knots in the air...i believe a musician is a magician in disguise, so the goal is to know and master your trick and you'll create magic everytime...i intend to become one." - Ali Khan