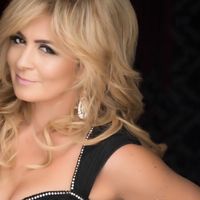 D'London is a Grammy Nominted singer/ songwriter who has been writing music since the age of 14. As a National Recording Academy Voting member, D'London continues to work with her music/ songwriting colleagues on music production projects worldwide. Her music can be heard not only on adult contemporary/pop stations world-wide, but also on TV Networks such as NBC, BRAVO...and many others. NBC's Fashion Stars Licensed and debuted D'London's "X Marks The Spot" single and The USA Network, debuted it on "All's Well That Ends Well". Her single, "Dance Floor" Feat. Baby Bash, gained her the cross-over notoriety from pop music to dance music as well.

As the CEO of Horizon Records for over a decade, D'London also enjoys the entrepreneur challenges of running a record label. Horizon Records has released all of D'London's music, media and merchandising.

As a published Author, D'London's "...and in the end..." has touched lives by addressing personal struggles leading to her success.

D'London is the current California Director of the Ms. USA Organization. She is currently working on Vision of Hope Fundraiser aiding many deserving people of eyeglasses. She has provided fundraising for needy families at Thanksgiving & Christmas, donating thousands to providing memorable Holidays.

D'London's entrepreneurial spirit helped launch her lingerie line, D’ivine Lingerie in 2011 (which sold out immediately). In January 2016, D'London launched her amazing high heel shoe line. These spicy heels designed by D'London and manufactured in the USA by one of the leading stiletto manufacturing companies, have indulged women everywhere who love high heels. D’London’s fans have continued to love and support her every launch.

In 2014, stemming from her many entertainment connections, D'London decided to take over one of Southern California's largest Limousine Companies in business for over a decade. With some of the industry's greatest operations officers, the company continues to thrive and grow. 844) 4- YOUR- LIMO.


With a Ph.D. in Homeopathic Medicine and a Masters Degree in Psychology, D’London has had a great deal of education and has done a tremendous amount of traveling. She is a Certified Life Coach and Speaker. Between her astute business savvy, her education, her pageantry and her talent as a recording artist, she has taken the industry by storm.