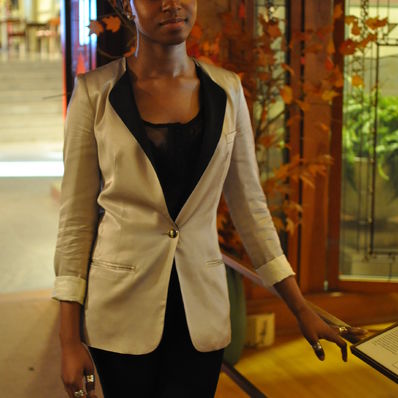 
Biography
Fay is an aspiring singer/songwriter. She expressed an interest in music at a very early age. When she became older Fay’s gift of song was not only recognized by close family members but also members of her local church who frequently asked her to perform solos. She also sang in various recitals while attending Middle School and High School. Fay was always singled out for having a powerful and unique voice with comparisons to recording artists like India.Arie, Sade, Lauryn Hill etc. She began writing poetry at age 11. This compelled her to explore word usage, and develop a keen understanding of their impact. In order to further her understanding of poetry and writing in general, Fay studied English at the City College of New York where she received her B.A. with distinction.
Fay is heavily influenced by the music of Jimi Hendrix, Erykah Badu, Bob Marley, Mala, Quest, Silkie, Gwen Stefani, Bjork and Little Dragon among many others. She has opened herself to a wide range of genres within music believing that each one can introduce her to a new way of thinking about music and life. Fay wants to create a sound that’s unique to her, a sound that fuses together various elements of the musical genres she enjoys most.