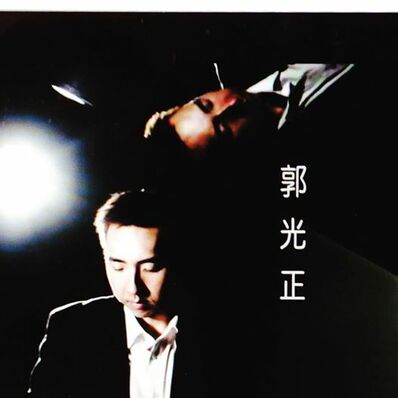 Matthew, who resides in Singapore, has been involved in vocal training and singing for over ten years. He is a competent pianist, having passed Grade 8 in piano performance (Associated Board of the Royal School of Music, London). Matthew then proceeded to pursue singing, passing Grade 8 (ABRSM) in Voice with distinction and receiving his Associate Diploma (ATCL) in Voice from Trinity College (London, England).

In 2004 Matthew won the top title in the MOE X Factor Elite challenge talent competition. Matthew’s original composition was one of the three compositions selected for the finals in the Rhapsody 2002 competition’s song-writing category. In July 2005, Matthew was invited to sing a Solo Item from “The Phantom of the Opera” during a farewell ceremony for Dr Ng Eng Hen and has sung for President Nathan at the Istana in January 2011, and his government dignitaries. In 2009 Matthew recorded and launched his fifth album entitled "My Romance". Produced by internationally renowned jazz musician Professor Jeremy Monteiro, this album contains a unique and enchanting fusion of jazz and musical theatre numbers.


On the 6th July to the 15th July 2012, Matthew represented Singapore in a prestigious overseas competition- the World Championship of Performing Arts (WCOPA) held in Los Angeles Hollywood. This is the equivalent of the OLYMPIC PERFORMING ARTS COMPETITION of the world where the organizers give out gold, silver and bronze medals.

This project was officially endorsed by the National Arts Council of Singapore (NAC), and Matthew donned the Singapore national colours

Having received a partial scholarship by WCOPA itself, Matthew also was granted a subsidy from NAC.

By God's grace, Matthew obtained a silver medal in the senior vocal category of the World Championship of performing arts held at Los Angeles Hollywood.

In 2014, Matthew Quek released his seventh solo album- “Soul Companion”, a compilation of eleven original compositions with genres ranging from jazz, to rock, pop and gospel. The compositions are inspiring numbers which spur all to persevere in the midst of adversities and to cling onto those who really love and care for us.

At the end of 2014, Matthew produced his eighth solo album 'Embrace- 拥 抱". This album, which consists of original compositions in both English and Mandarin is Matthew's first bilingual album. The songs were composed to raise funds for the Dyslexia Association of Singapore (DAS). This album was especially meaningful to Matthew as he had struggled with intense learning difficulties since young. As such, the compositions reflect Matthew's experiences and struggles in life.

Matthew Quek has been personally trained by Dean Kaelin, the internationally acclaimed vocal coach who taught David Archuleta of "American Idol" fame. Matthew is now a fully certified International Voice Teachers of Mix (IVTOM) vocal coach and is Singapore and Asia's only representative.

Using ground breaking cutting edge techniques learned from the best, "Vocal Prime" will enable singers of every genre to perform with relaxation, ease of vocal register connection, power and presence.