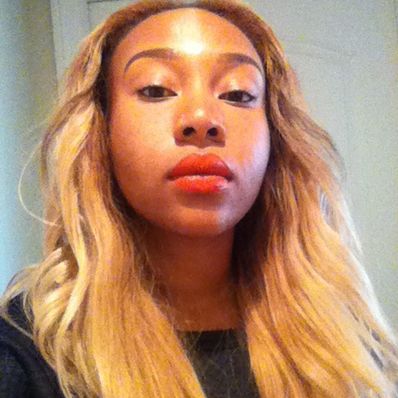 Songstress M.C.K aka Machehi C Komba reps an uber unique sound that is
contemporary, soulful and speaks to an exciting new voice of fresh urban
young artists coming out of Melbourne city.

M.C.K is also lead soprano for MASSIVE- Australia’s first hip hop choir.
MASSIVE brings together emceeing, lush three part harmonies and body
percussion to create a new hip hop genre powered by cultural diversity. She
has also lent her pen and vocals to the rapping form which complements her
repertoire as she continues to build and craft her sound. Once heard, her
voice is unmistakeable and easily identified across the Neology release that
demonstrates her skill for collaboration and soaring heart felt adlibs.
MASSIVE’s debut album Neology is available for worldwide
distribution on iTunes.

Growing up in a highly musical family hailing from the Comoros Islands and
aspiring to be like the greats including Mariah Carey, Whitney Houston,
Lauren hill, Beyoncé and Ryan Leslie, she started singing at a young age in
front of family and later joined her primary school music group. In year six she
performed at Arts Centre Melbourne covering the Vanessa Amorosi hit single
Shine. Putting her in the lime light at a young age sparked M.C.K to follow her
passion and by sixteen she began recording in the family home studio with
brother Mohamed Komba aka MC Momo member of successful Australian hip
hop funk soul outfit Diafrix. Now at age twenty five and with a growing list of
credits on stage and in the studio, M.C.K continues to draw inspiration from
Momo’s success with Diafrix becoming Melbourne Winner of The Age’s “Best
Home Grown Artist” in 2009.

M.C.K performed at the WORLDSTAR HIP HOP TOUR and
Is a vocalist on the album and back-up singer for Diafrix's Pocket Full Of Dreams Tour 2013. She has
also performed at Arts Centre Melbourne, the ACMI Lounge, Our Backyard at
Hamer Hall, International Human Rights Festival at Fed Square and Falls
Festival, Moomba Festival as part of MASSIVE.

Keep your eyes open and ears alert for this developing independent female
artist as she begins work on her debut LP executively produced by Momo and
Styalz Fuego. The future is bright with M.C.K on the mic.

For bookings and a free copy of the single Don’t Go contact M.C.K at Machehi.komba@gmail.com