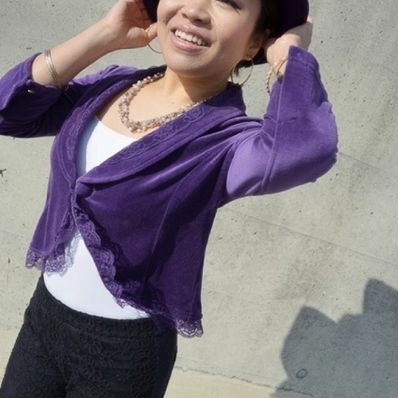 Singer songwriter.She was born in Aichi Japan. After graduating from high school,she went to Gospel music school and sang at some clubs in Nagoya. Then she went to Los Angeles and performed at some places ,like bars, a church and so on.She made a demo at the third visit there.After going back home,she performed in concert of BADBOY recordings 112 and concert of Music Soulchild in Tokyo and Yokohama in 2005.She kept singing and had some shows in Nagoya. In 2008,she went to ATL.She won at the vocal contest that was held at a club in ATL.Then she perfomed in concert of K-Ci & JoJo and Bobby Valentino as a opening act in Tokyo and Yokohama. In 2011,she released her debut mini album. In 2014, she released her 2nd mini album. However,she wanted to sing all over the world. She canceled contract with a music production company in Japan. In 2015,she came to L.A. to improve her English and pursue her music career.Now she is making an effort to prove her motto "Music Recognizes No Frontiers" here in America