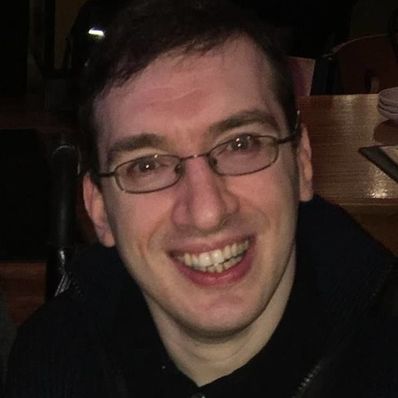 Born on October 4, 1976 in Moscow, Russia, Michael Lerman is the son of a Jewish, master watchmaker. At the age of 5 months, Michael was diagnosed with Cerebral Palsy, and during the next 4 years, grasping the very limiting, painful reality, mind was looking for an escape.

Despite doomed prediction from doctors, by the age of 9, Michael Lerman had written a collection of children stories and poetry. In 1985, Michael placed near the top in the citywide, Moscow poetry competition for schools of under 10th grade. In 1989, Michael's family moved to Chicago, Illinois. English was a challenge.

However, in 1992, the hallway bulletin wall of Michael Lerman's junior high school was displaying a poem that Michael wrote for his science class, and in 1996, Michael graduated in the top 5% of his high school and was accepted into several schools, including Purdue University.

In 1997, Michael was trained on how to use one of the first voice recognition systems to operate a computer system, hands-free. Taking advantage of the newly gained freedom, in 1998, Michael Lerman naturally, joined the digital music revolution and began writing lyrics for artists and producers of many genres, from all over the world. For the next 10 years, Michael continued to collaborate, resulting in dozens of songs recorded, (now released on ITunes), while at the same time evolving in his writing.

Fusing Hip-Hop and Poetry into his own, unique blend, in 2011, Michael Lerman released "420 Flowers Behind XVI Bars," part of the Michaels Lyric series, which is known to be the first paperback book, book series in the world that is written, designed and published completely by using just speech recognition software.

Continuing to explore Hip-Hop infused poetry, in 2014, Michael expanded his unique series by publishing "Flow Of Illuminati," proceeds from which he pledge to UCP (United Cerebral Palsy--Washington, DC).

Recently, Michael Lerman produced an instrumental track (available on ITunes and Spotify), "Into Blue," where he played a role of a composer and a sound engineer, accomplishing all tasks only by using voice command. Michael is continuing to work on a plethora of projects with the main objective of expanding human understanding.