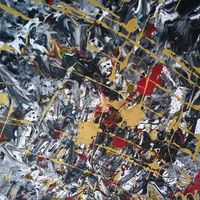 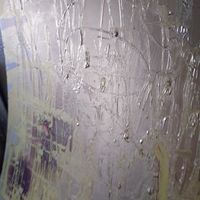 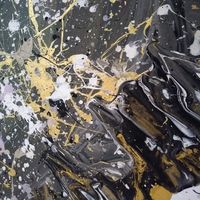 Naomi, African American or Black,born November 4th 1979, fourth oldest of ten children, raised by two parents. Young Naomi was always devoted to health and nutrition when out of the blue in 2007, she had what was to be known as a seizure. A routine ct scan revealed a cysts on the right frontal lobe of the brain. this is the "control" panel of the brain. She found herself swarming with all kinds of information as to how to go about treating herself. After being given 6 months to live after having it removed in 2012, she has decided God allowed her to live so she could educate others on how to go about treating their cancer. She runs a Facebook cancer page called cancer is not a disease on YouTube as well. Her goal is to put all cancer information under one branded name cancer is not a disease by Andreas Moritz. She wants cancer patients/survivors to create their YouTube story under the name cancer is not a disease so social media can be utilized for cancer inspiration! She paints and composes songs and sings for therapy. She began making songs on her brothers couch in 2017.

Her hit single Dead Man Walking is a t-shirt campaign to promote cancer awareness. It can be bought on Facebook page cancer is not a disease or zazzle.com under dead man walking flipitart. Design by Naomi.

"Always remember that you are not your mistakes."

Why Wont You Let Me Save You