Last ISINA Arrival program, we were lucky enough to work with the soulful R&B artist, Jerome Clayton. Now with the return of ISINA programs, we decided to ask Jerome a few questions about the ISINA mentorship program and how he’s progressed since then.

ISINA: Hello Jerome! How have you been, it has been a while!

Jerome Clayton: It has been a while, and I have been alright! We all know that we went through the year that is 2020, and a lot of things have transpired but I’m here, and I’m happy to be here!

Literally a month after the ISINA program ended, I moved out to Oceanside, California. And shortly after that I put out my first full-length EP, Halfhearted, which is available on all major streaming platforms. I also released my most recent single: Different Man. I’ve just been continuing to write and record as much as possible and try to make my mark on the industry.

ISINA: That’s great, glad to hear you’re enjoying California! Now, thinking back to the ISINA Arrival program, what was your favorite part about it?

JC: For me, it was the people, hands down! Meeting so many people of so many cultures and nationalities and having this one thing we bond on was a very interesting undertaking. Everybody was together every day and it turned out that almost everybody liked each other. That to me was special, because it really showed me how driven everyone was to their craft, and that is what made our relationships flourish.

Even now, we all still keep in contact with each other, and I think that says something about the program.

ISINA: We’ve spoken about a lot of moments that have stuck out to you from the program. But what to you is the moment that sticks out as the most special from the program?

JC: It was at the Bellasco. We got there early in the morning and rehearsed there all day, and my thought process was just “I need to make sure I leave it all on the stage.” And I remember Randy Jackson saying “Alright, and now we have Jerome Clayton singing Stupid Me.” I couldn’t believe I was at the Bellasco Theatre on stage, and I was sitting there next to Randy Jackson. That was a bucket list thing, and I didn’t know it was a bucket list thing. That was the moment for me when it all made sense. 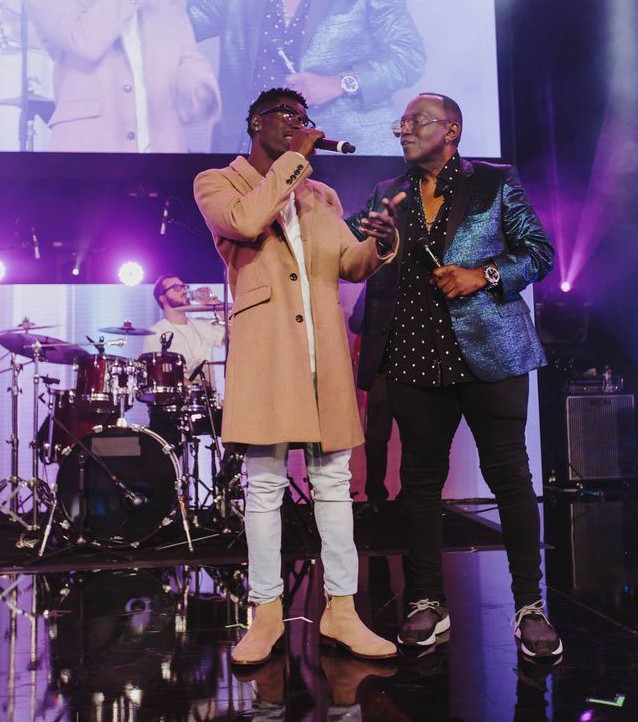 ISINA: I can understand why! So then, with all this in mind, is there anything you would say to anyone thinking of submitting to ISINA?

JC: Do it! Why not? And I thought, when I saw the Ad come up on my Instagram, it said “Have your song be critiqued by someone on baby face’s team”, I applied, it took 2 seconds I sent the song in and all of the sudden I got this huge description. They broke it down: “I love how up-tempo it is, we like your voice here, we think you could strip this down a little more.” They really put time and effort into what you have for your voice.

So definitely apply, it takes two seconds, and those two seconds changed my life.

ISINA: That’s awesome! We’re so glad to hear that. So, to close this out: What are you working on that we should be looking out for in 2021?

JC: I will divulge a few things! Firstly, Ginuwine is currently recording two of my songs. This is the first time Ginuwine has released music in almost over a decade. So it was a really surreal experience to see somebody I grew up listening to wanting to cut to one of my songs and really enjoying our music.

There is some other “TV” stuff that I do have coming up, but I can’t disclose at the moment. The one thing that people should know about Jerome Clayton is that I’m always working, and you will be seeing me on your screens and hearing me in your ears real soon.