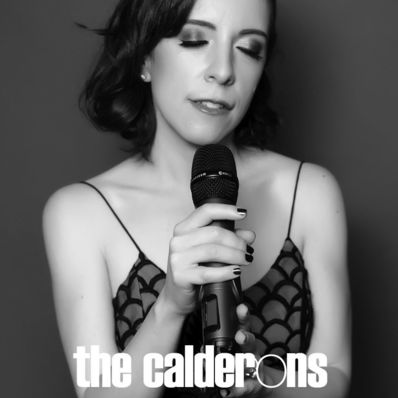 Nancy and Nazaret, also known as The Calderons, are an Italia​n-Chil​ean duet, currently living in Canada, who showed passion for music from their early beginnings. Their parents have been inspir​ational figures during their life since they were close to music. Later on, they obtained their university degrees which would complement with only one path, music.
During their stay in Chile, they performed at El Club de Jazz de Santiago, L’Istituto Italiano di Cultura, The Institut Français, The UK Embassy, Casa Piedra and Club El Golf 50 and in Canada they have participated in concerts at The Ritz-Carlton Hotel and opened the fourth Latin Ontario Arts Festival, one of the most important Latin festivals in Canada, among others.
In 2012, they released their first single Someone Like You. Now they are working on a new album, a reflection of their life experi​ences, journeys and adventures.