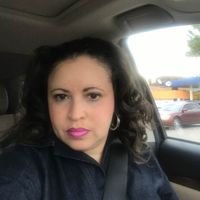 Many gospel artists boast unsurpassed vocal talents and creative prowess that have contributed not only to the gospel industry, but also to the furtherance of God’s Kingdom on earth (to God be the glory). Yet, there are still gospel artists within this gifted pool that emerge set apart due to their unbroken communion with God. Eden Jael is this unlikely vessel commissioned for the purposes of God’s glory. Her debut album, Against All Odds, is an inspiring compilation of praise and worship songs anointed for the distinct purpose of ushering the worshiper into the very presence of God.

An Indiana girl, who grew up in East Chicago, near Gary, Tasha Griffith began singing in her church choir at the age of 7 about which time she was baptized as a Christian believer. While growing-up in the church, Tasha Griffith did not believe there was a calling on her life to pursue a ministry in gospel music. She explains, “I hold such a deep regard and admiration for gospel artists and how God uses them to impact His Kingdom, that I could not imagine God using me in the same way. Due to deep-rooted insecurities, I just did not feel as though I fit-in.” In many ways Tasha Griffith was correct in believing that God would not use her in the same way that He has used others. It was not until she was 18 years old when Tasha Griffith began to grow spiritually in her personal relationship and walk with God that she began to accept the calling and anointing that God has placed on her life to sing gospel music.

Tasha Griffith continued singing with church choirs, and began to emerge as a soloist. At this point, it was evident how the Spirit and power of God impacted and blessed those to whom she ministered. She explains, “There were many that would approach me to express how God used me to bless them. I've been told that through my own worship, this has freed them to worship as well.” As Tasha Griffith grew as a soloist, many of her influencers would come to bear on her style of ministry and worship such as CeCe Winans, Yolanda Adams, Vanessa Bell Armstrong, and Karen Clark-Sheard. Tasha Griffith has also been deeply moved by the ministry of Kirk Franklin. In particular, she expresses, “Kirk Franklin’s Hello Fear album became an anthem for me to face and no longer allow my fears to paralyze and keep me from my destiny of fulfilling God’s purposes in my life.” As Tasha Griffith became more and more resolved to walk in God’s specific plan for her life, she eventually arrived at this moment of collaborating with Darnell Cauley (D-Tunes Productions, Entertainment) that has resulted in the production of Tasha Griffith's debut album, under the ministry name of Eden Jael, Against All Odds.

Happy Birthday to my beautiful daughter! I’m so proud of the young lady that you’ve become. God has great plans for you. Continue to heed His voice. Love you!!!

Allow God to be the filter for every decision you make in life not man.

‎What do you believe about yourself? Believe what God says about you!!!

‎Me and my angels! Psalms 127:3-5 3 Children are an inheritance from the LORD. They are a reward from him. 4 The children born to a man when he is young are like arrows in the hand of a warrior. 5 Blessed is the man who has filled his quiver with them. He will not be put to shame when he speaks with his enemies in the city gate. Cherish your children. They are our future!

Your Face on a Glamorous Magazine Cover In Seconds!
Get ready to become a worldwide celebrity.

‎Your Face on a Glamorous Magazine Cover In Seconds!

Your Face on a Glamorous Magazine Cover In Seconds!
Get ready to become a worldwide celebrity.