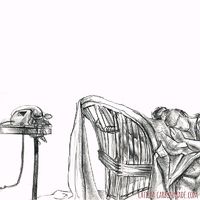 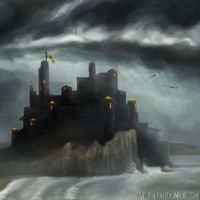 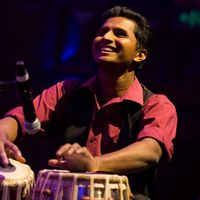 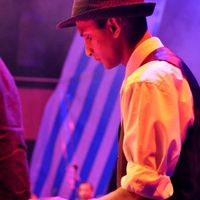 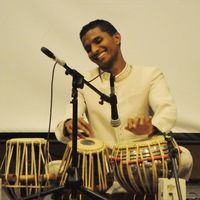 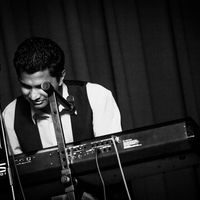 Shaun Sheena Premnath is widely recognised for his abilities to touch the hearts of many through one unique aspect, his music. By realising there is another world beyond the Western conventions of music, he studied the North Indian Classical Music. From then, he intends to create a new genre that will aid him in further developing his traits as a composer, and his skills as a musician. Ever since the age of 10, he has been incredibly active with his performing abilities, building a rather strong relationship with something he’d like to call his friend; the stage. Whilst he plays a variety of instruments at leisure, his accomplished ability to bring the nimble keys of a piano to life and to derive the earthy, resounding beats of the tabla are just a few of the key aspects Shaun is capable of. Currently a composition student at the Sydney Conservatorium of Music, the finest music institute in the Southern Hemisphere, it has provided him the ability to achieve his ultimate goal: to be the “master of both worlds”. With the unconditional love and support he has received throughout his life from his family, he feels that he will be able to achieve his dream.

#alesis #composing #composingmusic #guitar #harmonium
Anyone know who this guy is? Gonna report him for identify theft. You cant clean your face and practice at the same time. Its just not doable!
#ndt21daychallenge #nudreamteam #ndtstoryofus #shaunmastermusic #music #facelift #hangdrum

#farukhabad #nayanghosh #tabla
The man the myth the legend.
3/12/10 got his purple belt.
Life complications happened. But never gave up. Today he receives his brown belt. Congrats to the big bad wolf.
Perseverance. Work ethic. This man defines it
@johnsharp72 🥰. Pls dont crush my chest next time we roll. I wanna survive when I'm your age 😂😂. Also @fingatepu thanks for making me channel my inner Spock 😂 #alphajujitsu #bjj #fingatepu

#alphajujitsu #bjj #fingatepu
I remembered someone once said "Comic book movies are such flops and are childish in nature. Why do you make it a part if your life till this day". That someone didnt understand what this meant to me. When i was bullied, this was my recluse. When i lost motivation, this was it. This became a big part of my life. Sure its make believe...but alot of us always look to something to bring hope into our lives. .
Every single movie from MCU that has come out, i had predictions of where and how it would go. I shared it with myself cause nobody understood what this meant to me. All the theories they've told has been what i foresaw when i was a 10 year old. .
They manage to keep it for 11 years and practically smash every movie. May have altered some of the origins and story arcs. But still kept true to the story. .
Seeing this gives me mixed emotions but also exciting for me to be able to introduce this world to future generations. In words of Stan Lee, entertainment is what this world needs. If you can make someone feel something based on what you create, then you know you've met your social contribution.
This is it. Part of the journey is the end. Here we go. Thank you for the past 11 years. Youve helped shape me to someone who matured through your films :). #marvelstudios
#avengersendgame
#russobrothers

#avengersendgame #marvelstudios #russobrothers
IM ON THE RADIO. today 6pm - 7pm
<a target="_blank" href="https://www.wowfm1007.com.au" rel="nofollow">https://www.wowfm1007.com.au</a>
I'll be talking in the Sahaja Yoga Meditation Program, talking about music and meditation and how it works together and also talking about the @meditate_australia which is happening nationwide in July! .
Exciting and humbling times ahead! Link in bio and go to "Listen now!"
.
6 -7 pm today! .
:)
.
#wowfm
#meditateaustralia
#shaunmastermusic
#musiccomposition
#music
#sahajayoga

#meditateaustralia #music #musiccomposition #sahajayoga #shaunmastermusic
Wonder what I'm looking at
.
Oh yeah, announcement.
15/4/19 @ 12 noon. Check your social media (well if you have me on there). .
Got something to share ;)

I know its really not music and it's something a little bit different. I've always been interested of someone's work ethic more so than one's accomplishments. I have always approached music like it's martial arts. When martial artist's fight, they leave a piece of themselves in thst cage. My vision board has the word "the perfectionist" where i say to myself "when you create, know that you have given 100% and you've left it all in the piece of creativeness"

This picture is something that i resonate with so much. Achieving that top brass, not without getting bruised and wound up. @stylebender you're as much as a hero to yourself and those around you. This photo says everything.
#stylebender
#israeladesanya
#music
#musiccomposition

#israeladesanya #music #musiccomposition #stylebender
Terrific Tuesdays!
Late last year I was helping out at @blackflagbarbell and chatted to @deb_chen_ from Inspired Physiotherapy about her posts on Social Media about BNI. Attended my first meeting. Signed the dotted line round December
Met some amazing people and has really cleared my vision and drive into becoming a music composer-performer. This group has been so amazing and the support and honesty i get is Amazing! And best part is I'm with a community that I can joke around and also enjoy!
The photos taken by Deep Edge Studios (formerly CCT Photography) don't even capture how I feel about Tuesday's. Because it really lights up my day.
I definitely recommend this to all of you who are doing your own business and looking for ways to grow it. This is the platform. Get on it. feel free to send me a message!
Also you can tell I've lost weight and I look pretty damn handsome!
#BNI
#bnihillsgate
#inspiredphysio
#sendabasket
#accountancyinthehills
#keymanfinancialservices