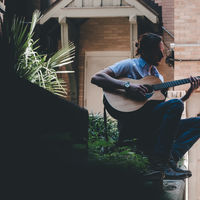 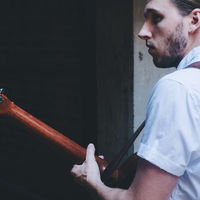 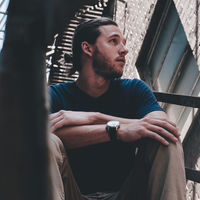 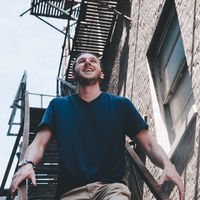 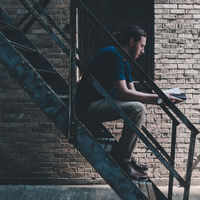 Hi there! my name is Seth Power. I'm an independent singer/songwriter based out of Jackson, MS. Music has been a part of me since I was a child. My parents still talk about how often I would sing as a kid, even though I have no memory of these experiences. I started playing piano when I was 8 and at 10 years old I got my first guitar. My mother taught me the first song I ever learned, "Leaving On a Jet Plane" by John Denver. I must have played it a thousand times. She taught me a few other songs that revolved around basic open chords, and from there I started taking lessons in order to expand my capabilities on the guitar. It wasn't long before I put the piano away and began focusing solely on my guitar skills. I began writing and recording on Pro Tools at the age of 14 and by 15 I was playing open mics. This continued into my later teenage years and in college playing gigs was my primary source of income. I played an eclectic mix of covers and originals ranging from popular 90's RnB to contemporary pop ballads. Growing up in MS gave me an appreciation for the blues, and though I wouldn't classify myself as a blues artist, those heavy laden guitar licks and raw, emotional performances I grew up around influenced me in a very real way. It's almost as if the climate of music down here has soaked into me and permeates every song or melody I write. In fact, the one word people use the most when describing my voice and style is "SOUL." It's always used in this vague, all encompassing way and though I wouldn't necessarily classify my music as "Soul" music, I've always taken that descriptor to be a compliment of the highest quality. I do try and put my heart and soul into every song I write and every note I sing. When I graduated college I had a brief spell with a record label and ultimately it didn't work out. However, that seeming "failure" is what launched me into doing this full-time. I went on to release three self-recorded singles, followed by a six song EP that was also self-recorded and produced. At that point I stepped up my game and partnered with a studio in Jackson. We produced my latest project, "Magnolia Soul," and my cousin co-produced and mixed it. It's my finest work yet, and that leads us back to the here and now. My music is available across all major digital distributors including Itunes, Apple Music, Spotify, Google Play etc. and you can learn more about my life and musical journey by following me on FB at Seth Power - Music or on Instagram @SethPowerMusic.