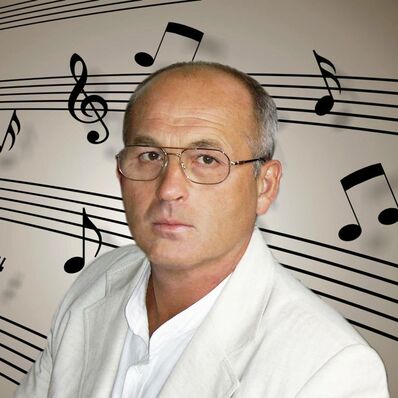 Greetings! My name is Sergey, I’m a 61 year-old grandpa of 6 grandchildren living in Kyiv, Ukraine. For the last five years I’ve been composing music for children – and this is what really brings joy into life of mine and all the kids that get in touch with it!
Music has been my passion for all of my life. I’ve finished musical school when I was a kid and started composing at 12. When I was 14, I created my first music band at school (2 guitars, bass-guitar and drums), and the guitars were hand-crafted by me – it wasn’t easy to get an instrument at that time. After school I studied engineering at «National Aerospace University - Kharkiv Aviation Institute» and moved on my music path with student music bands. Since then I’ve spent 22 years as an army officer and then 10 years owned two periodical magazines.
But in any case, in any situation music was always with me. Today I’m fully concentrated on bringing kind, joyful, happy music into this world for all the children. I want them all to have a chance to be touched with magical sounds.
My music is a part of a bigger project, created by our family: educational project for children “ABC of Success”. Within this project we’ve already issued audio and printed books, two musical albums and produced a theatrical musical play for kids. Recently, in September 2016 my musical album “The secret of happiness” have been awarded a 2nd prize in an International Artists Competition of the name of Duke de Richelieu.
Apart from music for children, I write lyrical and modern music, dream of composing music for movies and cartoons.