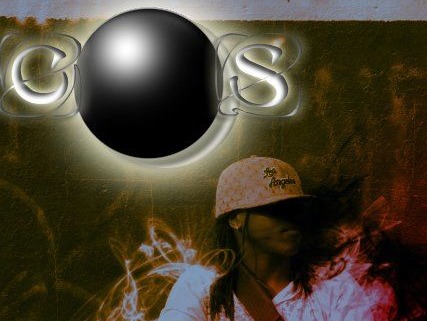 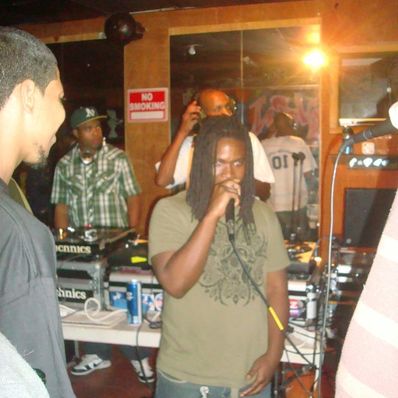 HANDS ON THE WHEEL
37

Hip Hop Artist Sean Cos Mason Montclair NJ Deshon Johnson aka Sean Cos Mason used the word Noneillah every time he sang or rapped. Noneillah became his tagline. Every time he performs at local shows, people always tell him he is a good lyrical rapper. People always complimented him on his skillful talent. Being that Deshon was getting a lot of praises for his talent he wanted a word that best describes his musical skill. Deshon created the word Noneillah because he felt that the word fits his talented lyrical flow. He combined the word none which means No one; not one; nobody: Not any: No part; not any. After he gained the knowledge of the prefix none and suffix ill/illah meant he combined them and created the word Noneillah, which means No one is better than him because his lyrical flow was cool, tight, sweet, good and different, which made him lyrically set apart from the other hip-hop artist style of rapping. He was the best. Deshon started rapping at the age of 14 and learn the game quick. He was a fast learner and also was skilled in the digital art, hands-free drawing, and very ambidextrous. This young man drew for his mother poetry book called Soulality. He was a bright intelligent creative and artistic man. Deshon was a positive active intelligent round ground young man in the society. He was on the wrestling team in high school, he was in the honor society at Montclair High School, and he was chosen to be an exchange student in China 2004 and England 2005. In 2007 he was also chosen by the President of the Honor Society to speak on the behalf of Montclair honor student at Howard University. He went to auditions for commercials and was called to be an extra in few movies. After graduation, Deshon has accepted to colleges away from home but he chose to stay close to his mother because she was in a near-fatal car accident that almost claimed her life in 2007, Bloomfield NJ. The police officer was chasing a stolen car and the car hit her head on, which left her disabled. Because of the life-threatening accident, Deshon went to colleges close to home. Therefore, Deshon applied to Montclair State University and Kean University at a short notice so he could be by his mother side. Deshon was accepted to Kean University in the fall of 2008 and Montclair State University in the spring of 2009. He attended Kean University and Essex County College. In 2013 Deshon was has a Business Administration-Financial Service Option degree. Deshon also holds 24 certificates and two awards. One of the certificates is for a Notary Republican. Deshon was an entrepreneur like his mother Naomi Johnson. He started, a hip-hop website called Still Hip-Hop Stash with friend James Little and Cousin Matthew Vickers. Deshon is the owner of Noneillah.com. At the age 22 he also, create Noneillah TV, Noneillah blog radio, Noneillahstore, and Noneillah mix tap--- to name a few.