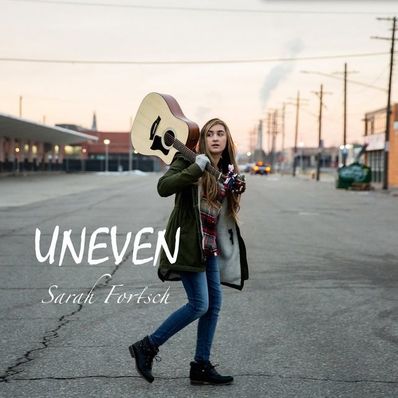 How Things Stack Up
44

Sarah Fortsch is a 18 year old singer-songwriter. She was born in New York State and is currently living in Michigan. Sarah started playing guitar when she was 6 years old and wrote her first song when she was only 4. In the first grade, She had her first public performance playing acoustic guitar as she sang 'Mary Had a Little Lamb' and was strongly encouraged to pursue her music career. When she was 10 years old, she started singing Elvis Presley covers at several coffee shops around the area, sparking her love for public performance.


At age 15, Sarah won first place for her performance at The Apollo Theatre in NYC at the world-famous 'Amateur Night' ('Stars of Tomorrow section) with her original song 'Kingdom' with the Apollo band (song is available on the album). She also was chosen as one of the finalist in 'Detroit's Got Talent' competition where she performed her original song, 'Take it All.'


Her first single, "White Sheets" and first album, 'Pacifier,' were released in 2015, at age 16. Her single won an 'Akademia Music Award' for Best Pop/Acoustic song. She joined ASCAP shortly after the release of her first album.


Her new award-winning EP, "UNEVEN" is now out on all platforms. The featured song on it, "How Things Stack Up" won an 'Akademia


She is proud of her position as Celebrity Ambassador for the Wish Upon a Teen where she has performed at their prom as well as many other events. She works with KnowResolve which helps to prevent suicide amongst teens and has performed for their banquets, benefit concerts, and much more. Sarah also volunteers at a local soup kitchen in Detroit.

She was recently played on the "Women of Substance Radio" and performed for 'Music Monday' on Live in the D.