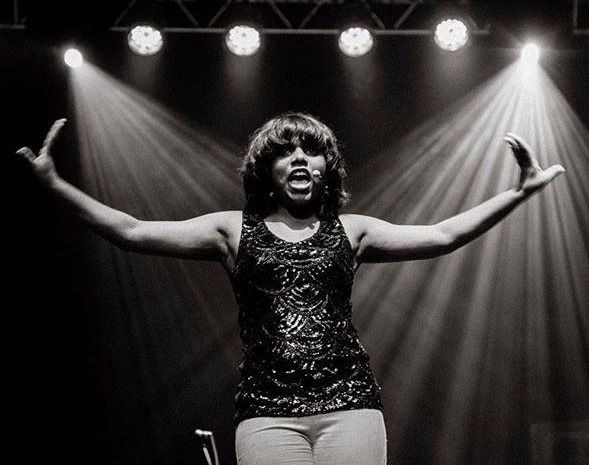 Sandra Keerthi is a jazz and pop singer, who at the age of twelve performed to an audience of over 20,000 people at the the Don Moen concert in Chennai. She's contributed to the climate change concert in the presence of the 38th Governor of California Arnold Schwarzenegger and UN the Secretary General Ban Ki-mon. She's a recipient of the the Berklee music scholarship. And her love for jazz has led her to perform and showcase her talent before the Grammy winning jazz musician Jane Monheit, and Peter Eldrige (her mentor from Berklee). Peter Eldrige even went so far as to remark that Sandra was sure to win a Grammy.

Sandra was invited by Sofar Sounds -- a music events organiser based in Shoreditch -- to perform three of her original compositions in an intimate secret concert. She has performed in musicals, playing Annie at the age of seven, and was recently caste as the narrator for a Chennai production of Joseph and the Technicolour dreamcoat.

Music has always been a part of who i am says the young singer . From the young age of four she performed before a huge crowd and won hearts ever since. Her influences come from various artist like Jazz singer Ella Fitzgerald,Al Jarreau, Billie Holiday and pop artists like Beyonce,Adele and Pink. She saw music as a way to communicate to anyone anywhere though the singer being from Chennai, India, she was able to reach her goals through the help of her supportive parents and the sheer determination to be heard as an artist someday. The young singer is only at the tender age of 18 and is ready to take on the world. As she says, Performance and music has always brought out the best in her and that the stage is her home. She hopes to write as many original songs and keep using them as a way to reach out to everyone.