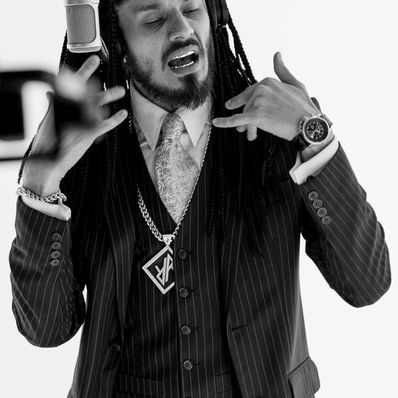 ☆ I started out in Moscow, Russia in the year 2000. As an artist myself, I've completed the whole way from ground zero to having and operating my own independent studio. Mostly I work as a recording and mixing producer with the artists who come along with their own written lyrics and instrumentals they have. I also write my own rap tracks since the very beginning of my journey and also produce beats, however recording/mixing and mastering is currently my strongest skill with the right set of calibrated equipment and room acoustics. Currently I have been working with hundreds of people, many from different countries - from those striving to become full-time artists to those entertainers who already are well known - this has been my true passion for almost 20 years! In 2018 I have additionally started making sound design projects for commercial videos and have had success with the ongoing projects. These sometimes included my voice as the main voiceover for video presentations and radiostation jingles in russian and english languages.

☆ The evidence to my engineering work would be the 20+ full-length releases, such as albums and mixtapes, as well as the music videos of successful artists with my sound engineering, and also my music placed in the videos on TV series, shows and in game. I mainly focus on the following music genres: Rap/Trap, RnB/Vocal, Reggae/Dancehall. You may find my work on iTunes, Google Play, Spinrilla and more. Additionally the list of all the musical connections and clients can be found on my official website - www.RobertRyda.com.

☆ One day I want to become recognized worldwide and to get a Grammy for my efforts - most likely working as a recording and mixing producer with an established or pre-established new artist that is about to go big. Things that I meticulously worked on are accessible throughout the internet and the list of my full-release discography follows below: