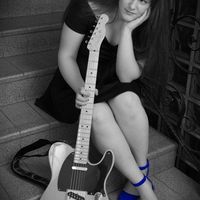 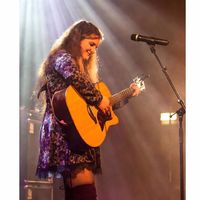 Hi :)
My name is Raisa Kovacki and I'm a 19-year-old Singer/Songwriter from Vienna Austria.
My mom is a piano teacher, so she taught me how to play piano when I was around 6 years old. Later on I fell in love with the guitar, therefore I learned how to play it when I was 10 or 11 years old.
I've been writing songs for three and a half years now, and my first performance, where I played original content, was at the age of 15. Since then I've been trying to play shows at least once or twice a month.
My goal is to spread my music all around the world, because I just want to do what I love - playing music.

Sooooo excited to see @slipknot in Vienna this Friday 🤘🏼 In honour of that, here's a jazzified version of 'Before I forget' with a lil jam at the end 😂

Here's a little jazz standard for y'all.
🔸Autumn Leaves🔸

This is me in a parallel universe, where I'm a world famous pianist in a glittery world. ✨

Better late than never: HAPPY NEW YEAR EVERYBODY! 🎉 I ❤️ y'all #2020betterbegood

#2020betterbegood
You guys remember this song?? Heard it on the radio last night while I was driving back home, and I was like "Oh yes!!! THIS song exists!" The 90s had some bangers, let me tell ya.
.
🔸Over my shoulder 🔸 by Mike and the mechanics @officialmatm 🔸