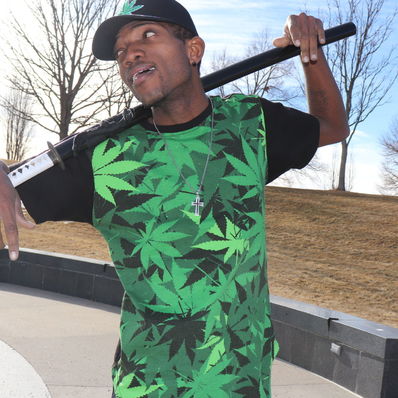 SOLD HIS MOMS POETRY FOR FOOD,
NOW, PRINCE LIT POETICALLY FEEDS HIS MUSIC:
WITH A NEW SOUND
HE IS AN UPCOMING ARTIST:
We all have that inner voice whispering, shouting, or simply asking a “salt in the wound” type of question; is
what we are doing or have done over the past number of years, worth it?
Was the struggle, pain, and tears worth it? The only answer is answers from other questions ­ was value
discovered and applied? Did growth come forth? Did we transcend what we could not control by training
ourselves?
Unsigned artist, Prince Lit, takes us on a journey of life’s hard questions and its even harder answers. His
answer ­ his music.
Prince Lit, Colorado native and lyrically inclined, started rhyming at age 6. He found passion and
nourishment of both written and spoken word by way of his mother’s poetry. That passion carries over into
his struggle to victory and his music. That same passion also breeds witty similes and metaphors in his
rhymes along with ear stimulating verses and adlibs. Musical paint splashes eardrums, so much so you’ll
discover paint brushes sprouting from your ears as soon as you remove the headphones. Prince Lit’s
musical influences are Kendrick Lamar and J Cole.
With advice, mentorship, and encouragement from DJ Kush and Top Flight Empire, Prince Lit continues to
grind hard, so hard in fact, he makes grindstones look like Swedish models performing shoulder rubs.
He’s worked with Cheff Premier and actively works with DJ Kush. Some of the recording studios where he
has slathered his bars with saliva are KMG Studios and Decibel Garden Studios; both Denver, Colorado
recording studios. Prince Lit performed his first concert at (City Hall, on February fifteenth 2015)