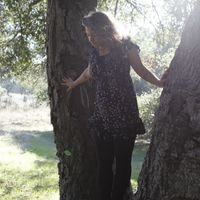 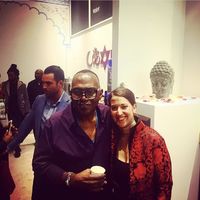 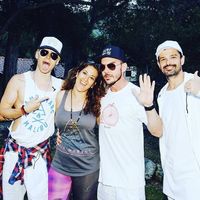 Niki Tonik is a creative force to be reckoned with. She is a sultry, smart and soulful up and coming Progressive Pop and Alternative R&B singer, songwriter and artist who is on a mission to uplift, inspire, and evolve the masses through her undeniably powerful voice and message.

"And the world works through me to plant the seeds ~ cause if not me, who else should it be?"

Niki has had the opportunity to work with the late and great Ms. Whitney Houston's acclaimed vocal coach Gary Catona and received an amazing compliment from him when he said her vocal placement reminded him of that of Whitney's.

Ms.Tonik also happens to be a very talented "Tonic Alchemist." She has studied Ancient Chinese Herbalism with a master teacher and began her path of alchemy and wellness creating custom healing brews for many popular names in the biz such as Russell Simmons, Randy Jackson, Jason Mraz, Nahko and Medicine For The People, Tori Kelly, Travis Barker, Capital Cities and K'NAAN.

#naturesbeauty #nofilter
Thank you for all the bday wishes, I am grateful for another day and year on this earth!!! Many things have been learned and still so much more to practice, know, grow, and show🙏🏼😘💜 Also thx to @fentybeauty for creating my fav eyeshadow kit EVER , the #galaxycollection cuz you really know how to make a girl sparkle and pop!🧞‍♀️🧜🏼‍♀️🧚🏼‍♀️🧚🏼‍♂️✨🎨💋💫⚡️☺️😘#itsmybirthday

#galaxycollection #itsmybirthday
Cuz my @bit.emoji is way too much like me and it's almost my bday lol. I'm a day 1 Sag since day 1 😝♐️♐️♐️🔥Hope at least some of you got that astrology joke and if not, there's always next year I guess.. 😂🦄#sagittarius #sagittariusseason #gonetillnovember #birthdaymonth #firesign #imlit