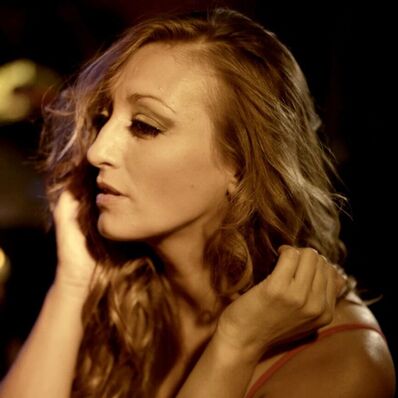 Violinist, singer and songwriter.
​
I started playing violin at the age of seven. I made my debut as a soloist at the age of 9 and since then I've offered concerts and recitals.

I graduated with Honors at age nineteen in both Violin and Chamber Music. My career was kindly supported by grants and scholarships from private and public institutions such as the Spanish Ministry of Culture, the Council of Bizkaia and the Reina Sofia International School of Music.
​
I have studied in Madrid and Bonn under the guidance of world renowned pedagogues such as S. Fatkouline, W. Gradow and Z. Bron, and I have attended Masterclasses with internationally acclaimed performers such as V. Repim, I. Gitlis, H. Menninghaus and J. Carney, among many others.
​
I am a First Prize Winner at the Xativa National Violin Competition and at the Ciutat de Vinaroz International Chamber Music Competition.


My career crumble because of a health problem. My life stopped completely. I couldn't play for years. I was diagnosed "fatigue chronic syndrome". It took me years to assimilate that. I was twenty three. I could barely walk. But against all odds, I healed. I became stronger and healthier, though it took me years. I have travelled a long path since then. And here I am. Giving thanks for all the hard experiences, because, due to them, I am the strong woman that I am today.

During that period I began writing as an alliviation. First poems, then lyrics and later on, as a musician, I transformed all that writing into songs. And one day, the need of singing all the things I had created was born inside of me. I had sang my entire life actually, but I had never ever done it in public. I was too shy to do it. But now , on the contrary, I have the need and the desire to do it. To share my voice and my music with the world, because, that was a part of my recovering process, and because, although I don't know why, to sing makes me feel free.