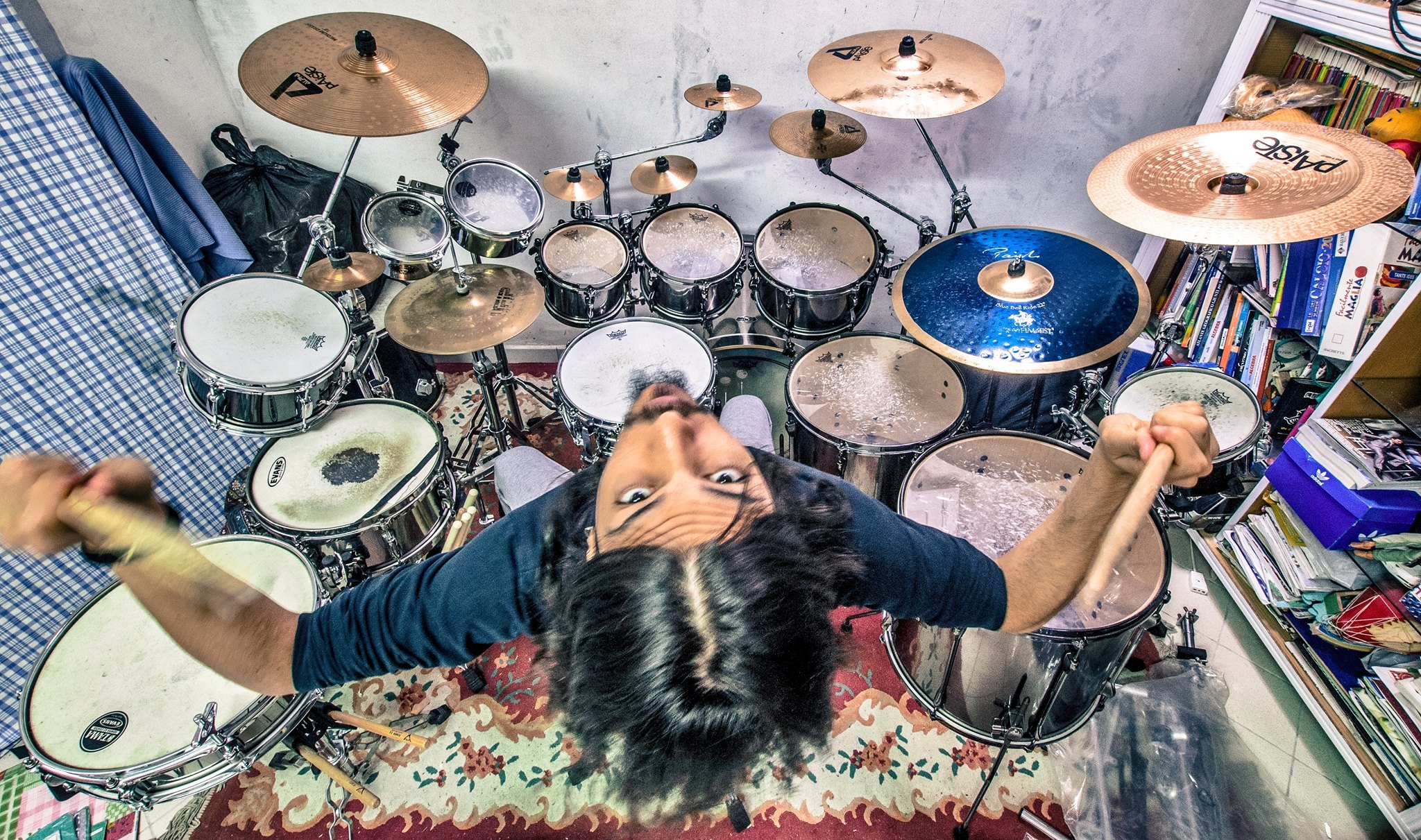 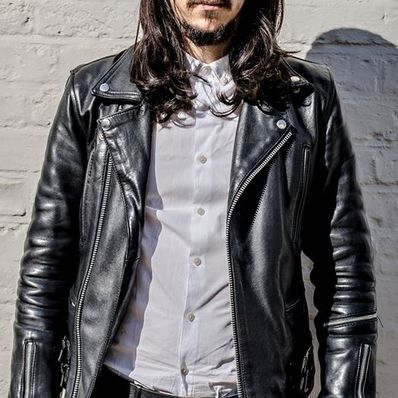 Mimí Out is a London-based Italian drummer, arranger and producer.
He grew up in the bakery of his grandparents surrounded by music and art. He would listen to Giorgio Moroder and Spice Girls as well as Mina and 30 seconds to Mars. At 5 he started playing drums under the guidance of respected teachers and enlightened musicians. At 18 he graduated in Percussion Instruments at Conservatory of Music in Salerno: during those early years he had the privilege to play with many remarkable artists and in various operas at the Teatro Verdi in Salerno, Italy (Bohéme, Traviata and Norma to name a few).
At 22 Mimí moved to Florence where he worked as a session drummer and toured with several artists and bands. For the last 5 years he has worked in London for independent artists. If you are a fan of Guitar Hero LIVE, you may recognize Mimí as the long-haired drummer of the band Broken Tide; a massive work of green screen and rehearsal is behind the live game released worldwide in 2015. In the same year he created the record label “Durendala Records” to produce and promote his own music and new talents. The first release was Beatrice Dis, where he appears as arranger, producer, drummer and multi-instrumentalist.
The turning point was in 2016 with the enrollment at the Abbey Road Institute London, where Mimí studied Music Production and Sound Engineering with some of the best working professionals of the last few decades (Carlos Ferreira, Haydn Bendall,Ken Scott,Ricky Damian,Jason O'Bryan and many more). He graduated in February 2017.
In July 24 2017 he released his first single "The Run" for his solo project.
“ThePleasureDome” is the Home recording studio that Mimí has built up since moving to London and also works at the Fortress Studio in East London.
Always on the look for interesting projects and new opportunities, Mimí is eager to be involved in inspiring artistic works.