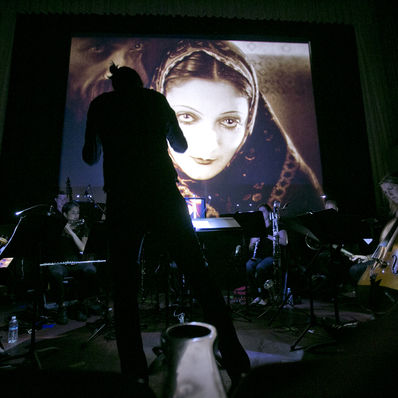 Mateo Rodo is a young composer, orchestrator, guitarist and producer who started his musical activity at a very early age.
When Mateo was 15, he played lead guitar in the “Jack the Ripper - The Musical” orchestra in Buenos Aires. One year later he was finalist of the AES international recording competition for his 5.1 surround recording of the Philharmonic Orchestra of Santa Fe, and won a scholarship for the AES Recording Workshop in San Paulo, Brazil.
Mateo graduated in Musical Production at ORT School. While he was growing his career as a session guitar player and producer, he studied Composition at the Catholic University of Argentina (UCA) where he got his degree in 2013.
He also attended Robert Fripp's Guitar Craft in Mendoza, Argentina.
Mateo now studies Film Scoring & Jazz Composition at Boston's Berklee College of Music, where he is a scholarship recipient. He is currently working in music, composing, orchestrating and playing for diverse media such as movies, commercials, games, apps and more.