The Countdown to the First New ISINA Finalist Begins! 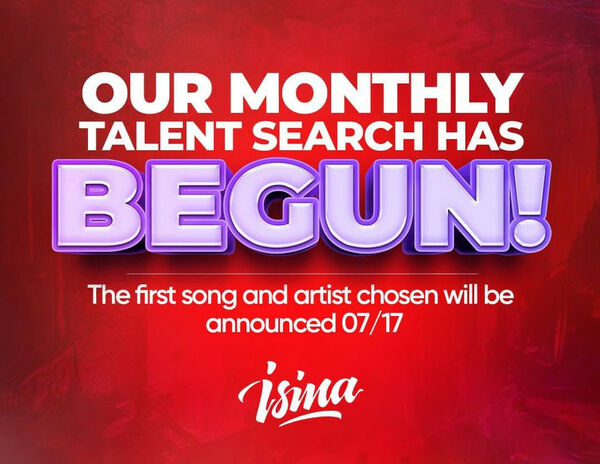 The Countdown to the First New ISINA Finalist Begins!

ISINA is officially launching its Monthly Talent Search. Each month, an artist will be chosen through a combined set of scores, which are based on their mentor review, user rating and an AI algorithm that provides points based on listeners' real reactions!

Each monthly finalist will receive an opportunity to recreate their song in a professional setting with the help of esteemed ISINA mentors and seasoned musicians. That song will then be placed on a Spotify Pro Playlist, along with other ISINA finalists. In addition, their song will be boosted with $10,000 worth of Spotify boosts!

The talent search is open to those in the following categories: Instrumentalists, Vocalists, Songwriters, EDM Musicians, and Producers.

The inaugural search has already begun and will run through 7/17/2021. From then on, a winner will be announced on the 17th of each month!

Robin Thicke is a five-time Grammy-nominated singer-songwriter, entrepreneur, and philanthropist. He currently stars as a judge on the hit TV series The Masked Singer. He joins ISINA as the head of the Department of Vocalists.

Greg Phillinganes has spent over four decades playing music with some of the biggest names in the industry, from Stevie Wonder to Michael Jackson. He will mentor the Department of Instrumentalists.

Chris Lord-Alge joins ISINA as the head of the Department of Producers. He is a five-time Grammy award-winning engineer who has mixed some of the best-selling albums of the last 30 years.

Originally just an in-person mentorship, the ISINA platform has pivoted to a fully online program, making it more accessible than ever for global artists looking to be found.

The goal for the relaunch of ISINA was to create a truly unique system that would reward real talent. By offering undiscovered artists a chance to work with ISINA mentors, advisors, and artists to create better tracks, this platform opens the door of the music industry to everyone.

This new online platform also offers a doorway to the music industry and an opportunity to work closely with our esteemed mentors, advisors, and teachers, who are always studying the leaderboards for upcoming talent!

It’s time to be discovered! Upload your track and climb the leaderboards!

We’ll see you at the top!