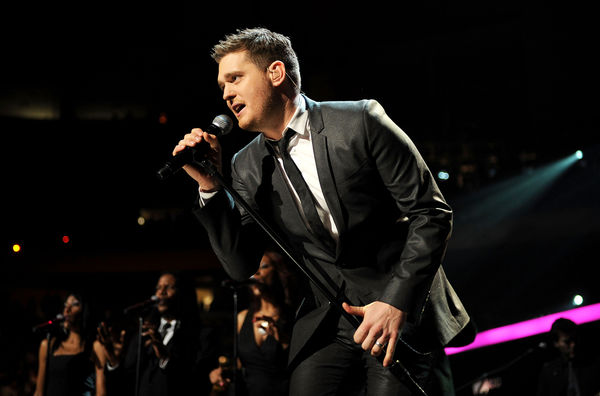 Michael Buble is the Prince Of Christmas. This pretty much comes as no surprise to see the Canadian crooner command the Voice stage Tuesday night ( Dec. 11, 2018) during the Live Semi-Final. Backed by a phenomenal band, Buble changed the tone in an instant with his smooth cover of  Frank Sinatra’s "Where or When" on the NBC talent show. The song also makes an appearance in his latest album, Love, the first since his son Noah was diagnosed with cancer. Michael has worked with some of Isina’s mentors in the past and we are all in love with his performance.