Sisters of the Turntable Spin into Success 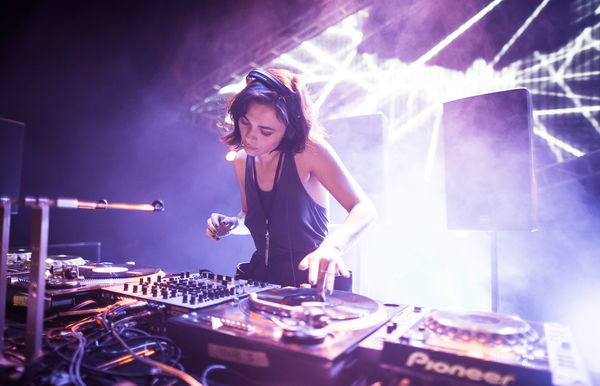 Despite a pay disparity that still exists between men and women in various instances, the gender gap is closing on the career front, including the job of DJ -- where more talented, dedicated females are showing their skills than ever before.

The position of club DJ seemed to be a boys' club for many years, but that has changed. Now, female DJs are having a serious impact on the world of electronic dance music, and they're emerging everywhere, from the U.S. and the U.K. to France, Germany, Australia and beyond. Among the trail-blazers is French electronic music DJ, singer, and songwriter Miss Kittin whose work with French DJ/producer The Hacker and Chicago DJ/producer Felix da Housecat helped launch her career over a decade ago with a discography includings three solo studio albums as well as collaborative releases with The Hacker and Golden Boy.

Other queens of the EDM turntable include Irish-born tastemaker Annie Mac whose popular BBC Radio 1 dance-music show has led to stints on SiriusXM; Anna Lunoe, the Los Angeles-based Aussie who has supported The Weeknd, M.I.A. and Disclosure and spins at various HARD events; and the twins of NERVO (Lunoe's fellow Australians) who co-wrote the Grammy Award-winning David Guetta/Kelly Rowland single “When Love Takes Over.”

The German contingent boasts DJs Cassy from Berlin and tINI from Munich, as well as prolific Berlin producer Ellen Allien. London’s Maya Jane Coles struck club gold with her 2011 single “What They Say” which set the stage for a highly-regarded album release and memorable festival gigs at Coachella and Glastonbury. And we shouldn’t forget esteemed American DJs/recording artists such as Gina Turner (also a host of syndicated radio shows), Mija, Louisahhh!!!, and Jennifer Lee a.k.a. TOKiMONSTA.

When it comes to the DJ scene, these sisters and quite a few more are doing it for themselves -- and a growing legion of fans.