The Art of Sampling 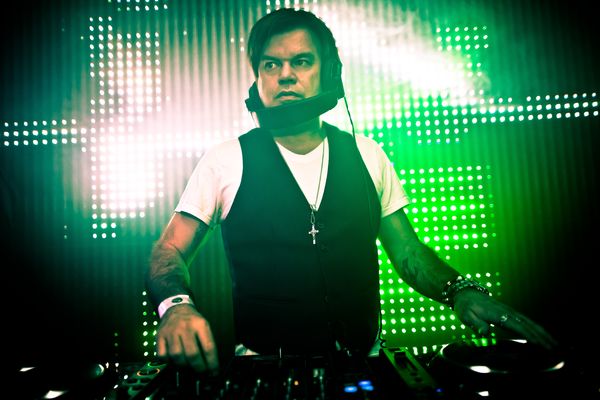 There is an art to sampling -- the act of copying a portion, or sample, of one sound recording and reusing it as an instrument, hook or riff in a different musical piece. It’s more than frosting on the pop-music cake or a lazy way to bring accessibility or familiarity to an otherwise undistinguished composition.

Sampling has been a part of pop music for four decades, from its origins as a means for experimental musicians to build sound collages, to its eventual importance in the development and popularization of hip-hop, its continued use in electronic dance music and industrial rock, and its presence in many contemporary chart-toppers. Though there have been legal tangles and copyright issues that have arisen from the practice, it's now an accepted element of studio creation and live performance with champions such as producer/DJ Mark Ronson of “Uptown Funk” fame.

If you go back to early singles by DJ Grandmaster Flash, you can hear how accomplished an innovator he was in the craft of turntable manipulation, and marvel at the skill he brought to finding and folding in various bits and pieces of other records, soundtracks and sound effects. His groundbreaking 1981 club and party hit "The Adventures of Grandmaster Flash on the Wheels of Steel" used an impressive array of samples including segments, hooks and beats from Chic's "Good Times," Blondie's "Rapture," Queen's "Another One Bites the Dust," the Sugarhill Gang's "Rapper’s Delight," his own previous recording with the Furious Five, "Freedom," and a spoken-word snippet from the 1980 movie "Flash Gordon."

In some ways, what Flash and his peers did in the late 1970s and early 1980s set the stage for the rise of DJ mash-ups (simultaneously combining two or more different but compatible recordings from a variety of genres to create a unique musical meld) over the past decade-plus. Meanwhile, samples helped bring success to tracks like Vanilla Ice's "Ice Ice Baby" (sampling Queen & David Bowie's "Under Pressure"); MC Hammer's "U Can't Touch This" (sampling Rick James' 1981 "Super Freak"); Coolio's "Gangsta's Paradise" (sampling Stevie Wonder's "Pastime Paradise"); and Puff Daddy's "I'll Be Missing You" (sampled The Police's "Every Breath You Take").

Today, sampling is more than just the repeated use of James Brown's "Funky Drummer" beat in tracks that ranged from a parade of rap hits to late '80s dance-rock favorites from Manchester, England bands that mixed alt-rock, psychedelic rock and electronica. For instance, Moby and Kanye West use samples as a matter of course on various tracks they release. The eclectic rock singer-songwriter-musician Beck has done so as well, with a stand-out example being the melancholy cut "Jack-Ass" from his 1996 album "Odelay" incorporating a beautiful repeating lick from Them's 1966 cover of Bob Dylan's "It's All Over Now, Baby Blue."

When it works, it’s magical. As Mark Ronson said of sampling at a recent TED Talk, “You can’t just hijack nostalgia wholesale. It leaves the listener feeling sickly. You have to take an element of those things and then bring something fresh and new to it.”