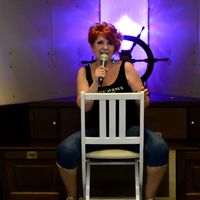 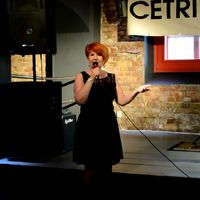 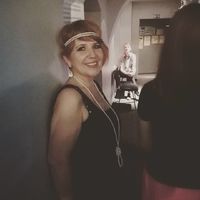 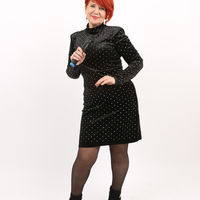 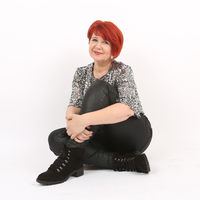 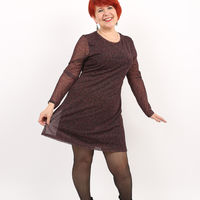 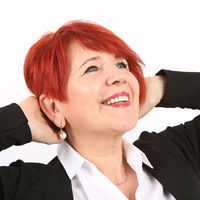 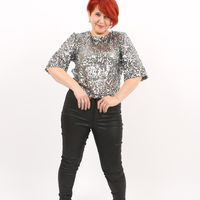 I am a singer and music teacher. Last year I recorded two singles in London's the best music studio - DREAMS COME TRUE and REST OF OUR LIVES. This year, I have recorded three amazing new songs. Soon they will be released to the audience.
Singing is my passion, my world, my heart, my soul.
Since I can remember myself as a little girl, I always wanted to be a singer.
In my childhood I was performing as a singer in a school's vocal group at primary classes.
When I was 14, during summer holidays I walked through the meadows in a countryside singing out loud imagining myself as a superstar on a huge stage. Later when I changed schools, I had a chance to join the school band as a pop singer solo and duet with a boy. It was a beginning of my singers career.
During my studies at Musical Collage I was singing at student’s band. I was singing in different bands performing at clubs, restaurants…
I was participating at TV singer’s competition and got into finals.
When I got married I left singing, but when I divorced, after 11 years I started singing and playing synthesizer at the parties, concerts, festivals, graduation parties, wedding ceremonies and weddings. People enjoy my vocal, songs and the manner of performing.
Now I continue to be active in music, I sing, teach music to my students, organize social events and still keep dreaming about me on a big stage.

My songs are as true stories from my life. Rest of Our Lives is a story of my love, which I met in London, when I arrived to tender the D / A studio. The first song was written by the D / A Tommy and Lyrics wrote Venina, after my story of how I met my love in London.
Second song Dreams come true is a message that dreams really could come true. Believe!!! Everybody has to listen to the heart and soul can find true dream. The second song was written by Asaf D / A.
I sing different music. Mostly I sing dance music, but I love ballads. I wanted with these songs to show the diversity of my manner of singing.

On the everyday basis I work a lot as a musican, but the only thing I would rather do – that would be singing! Taking part in this project is a good start for making new steps into my life, to come closer to my dream!
I wish I could find a band or a studio to make further plans concerning my career. I am not a song writter and that's my bad! I'm really thankful to D/A studio for so wonderful songs they made for me!

Thank U for the music