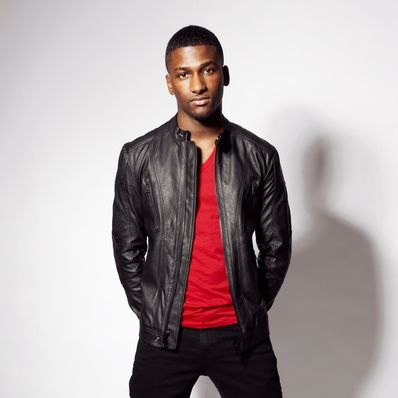 At 13 years old Davionne Jackson possessed vocal talent that spaned far beyond his years, proving that age is nothing but a number when it comes to singing anthems. Considering the studio his second home, the young teen with a seasoned voice declares, “I love music, this is what I do. I am not forced to do this; I do it because I love it.”

Surrounded by music since birth, Davionne's father and other family members surrounded him with various sounds from Country, Pop, to R&B and Gospel. By the time the singer/actor turned 16-years old, the Milwaukee native knew he wanted to pursue a career in the music business. Developing a serious discipline for the art of vocal performance from attending Milwaukee High School of the Arts, young Davionne studied and emulated the vocal skills from greats like Tank, R. Kelly, Usher, and his favorite artist Musiq Soulchild. Moving forward with his belief and full confidence, Davionne teamed with local Milwaukee producers to produce music testing his vocal abilities.

In order to keep his music career on the fast track, Davionne relocated to Chicago in 2011. Immediately going to work, Davionne began recording with local Chicago producers and created his first song "Hot Tub Melody." This song landed him a showcase that helped him gain some buzz after perfoming at the Shrine, a local club in the downtown area.

In 2015, Davionne began working on his prolonged mixtape, which included his current singles "I Can't Lose" and "Winner." Due to financial battles, Davionne postponed the release of his debut mixtape. Davionne was raised in a harsh household, which he was removed from at a young age. From this, Davionne used his hardship and battles to drive his emotions in his music.

Today, Davionne is currently working with a new team and is slated to release a new single, following a music video. Davionne wants to focus more on his vocal abilities and deliver a new sound. He wants to deliever Pop/R&B music for his fans, and give them some good quality music that he thinks shall never die. Davionne wants everyone to remeber him for his ability to bring back great music!

You can now download "Winner" on Spotify & Apple Music