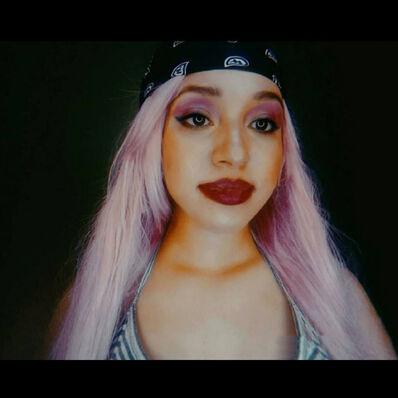 The artist better known as G-Yndeli is a versatile latin singer/songwriter who was born in the city of Santo Domingo, Dominican Republic. Her singing style is a mix of R&B influence, ballad and pop music, which she uses in latin urban rhythms such as trap, dancehall, reggaeton, etc., in addition to being influenced by tropical music such as bachata, typical of her Caribbean roots.

From an early age, she became involved in the art world. At the age of 6 she began studying dance at a dance school in her hometown. Being a member of that academy, she appeared in tv shows, theaters, dance competitions, etc. She became part of her school choir when she was just 10 years old and at the age of 14 she participated in two singing festivals, one in spanish and the other in english, winning 1st place in both of them. She also belonged to her school's theater group. She began writing songs at a young age and during her teenage years, she always felt that her passions were music, dance and acting.

In early 2016, she had a part in the song "Puedes llegar" by Voces Unidas, with other singing partners in a music festival held at the Hard Rock Cafe in Blue Mall, Santo Domingo.

G-Yndeli released her first single "No Estás Aquí" in late 2016, a spanish version of Kehlani's song "You Should Be Here". She performed with this song at the event "Top Model Full Fashion Show" by Nereyda Bravo, held at the Patrick N. Hughson Auditorium of the Instituto Cultural Dominico Americano in December 2016. Her latest releases were "Ya No Se Puede" and "Otra Decepción".

She hopes to turn her knowledge and experiences into reflective messages through her songs, leaving some teaching with which people can feel identified and at the same time enjoy.