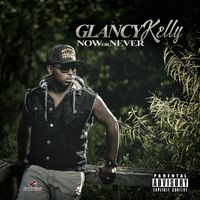 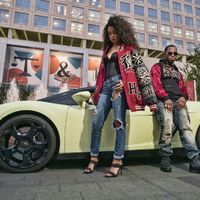 PORT ARTHUR, TX – Like many who need an escape from the harsh realities of life, Glancy Kelly turned to music at an early age as a salve for his various difficult experiences. As soon as he learned how to write he began creating songs and lyrics about things he was going through as a kid. It wasn’t long before he was experimenting with rap, and as he began to learn more about music – from playing drums to learning multiple other instruments – he began to develop a deep passion for the art of music making.

Today Kelly is ready to showcase his body of work to the world with the release of his album “Now or Never.” It’s an album that explores a variety of musical styles – from hip-hop to R&B to soul and pop.

“It kind of represents all parts of me,” Kelly said. “I’ve been working on it for the last two years and I’m ready to see how far I can go with it. I had a couple of major artists wanting to buy a couple of my songs – like ‘Hold On To Me’ and ‘My Life’ – but I wanted to keep them for myself. I figured I’m not getting any younger and it’s time to put this album and those songs out to the world now or I’m never going to do it.”

This isn’t the first time Kelly has attempted to enter the music industry. In fact, he’s has modest success for a few years, including a short stint in the early rounds of the FOX reality show American Idol.

“While I consistently received praise from the producers, I never moved past the non-televised portion of the contest,” he said. “It was a wake-up call for me. I have these ideas and content that break the convention mold of ‘filler’ lyrics, and I realized that I was going to have to make my own dreams come true. That’s why I put out ‘Hold On To Me’ a couple of years ago. The positive response has been overwhelming. My followers on Soundcloud just exploded, and some of the heavy-hitters in the music industry began to take notice.”

And now he’s ready to take that positive momentum and use it to promote this new album, “Now or Never.” He said he hopes the album connects with people on a personal level. He said he hopes they see an original voice in the industry who has a unique story to tell – one that almost anyone can connect with on some level or another.

“Not only did I learn a lot of instruments as a kid, but I also taught myself how to sing,” he said. “I’ve been singing now since I was 17 or 18. A lot of people have vocal coaches, but I didn’t have that and I taught myself to sing. I just kept practicing, trying to be good at it. I really believe that all you need is a steady tone and the ability to hold a note and you can do some things in this industry.”

“Now or Never” is available for purchase on iTunes, Spotify and other digital media sites. Fans who want to sample more of Kelly’s music can visit his Soundcloud page, or check out some of his music videos on YouTube. Fans can also follow him on social media @glancysinger on Twitter and Instagram and www.facebook.com/glancykellyofficial

Give It A Try

Hold on to me