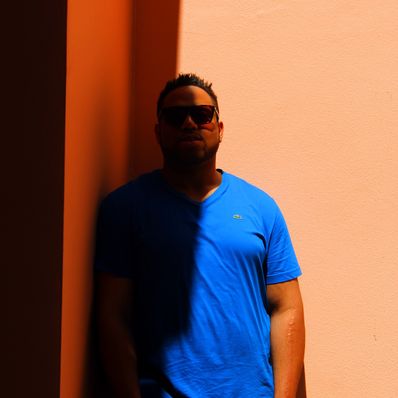 Born Colin Ahammer in Fort Polk, Louisiana, Cole Frazier, producer and artist, then had no idea he would grow up to be moving dance floors with his uplifting music!


Born to a now retired Army officer/businessman and his mom a teacher, Cole Frazier was born in the army base on January 14th, 1992. Growing up near Atlanta, GA in Newnan, Frazier quickly became involved with music as a young child. He began singing in his church children's choir and his elementary school choir as a young boy. This is how he began to develop his musical skills, growing up Frazier loved listening and analyzing what he could hear. He grew up listening to gospel music, as a young child his parents introduced him to Michael Jackson, Diana Ross, and Stevie Wonder. Frazier also fell into the pop music of the late 90s early 00s such as N'sync, S Club 7.


He began to play percussion in middle school and has continued to so do today at Florida Atlantic University, where he is studying music especially in production and composition. Frazier has played in bands, and orchestras also taking private lessons receiving numerous awards for his performances.


Completely oblivious to dance music he began to discover more and more about dance music through T.V. and radio commercials and he loved how the music made him feel.
Through his teens, Frazier begins to discover more music eventually listening to Daft Punk's "Discovery." This album led to many other influences in dance and house music all the way until today.


Performance wise Frazier is also influenced by Jason Derulo, Chris Brown, Kelly Rowland, Kylie Minogue, Madonna, Pharrell, and Justin Timberlake through how they move a crowd. Frazier himself is known to have a voice similar to the likes of Chris Willis, Cee-Lo, and Sam Smith.


Frazier's music could be described as being very uplifting and happy with a good groove. His music is for those nights when you're heading downtown with your friends or for when you're having a bad day and you just want to dance. Plus it's real music that definitely has a groove.

Having done a few covers including one of Classixx's "Borderline " and being signed onto Hoot/Wisdom Recordings, Cole Frazier is definitely a somebody everybody should be checking out! You can find him on Facebook, Twitter, Instagram, and Soundcloud.