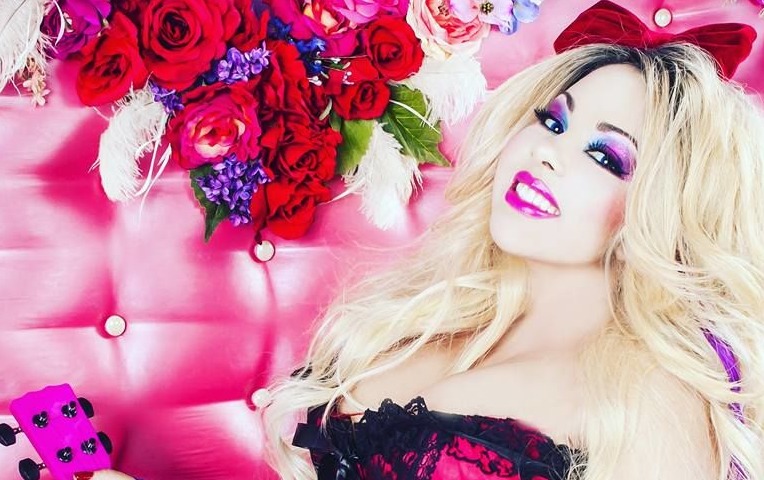 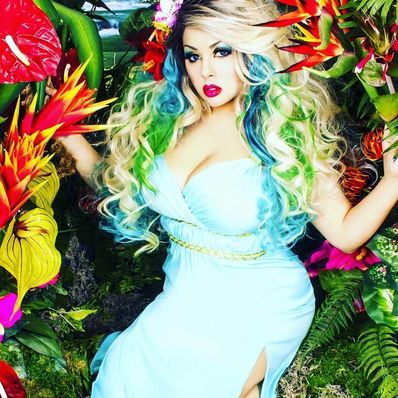 Tear My Heart Out
83
Rain On My Parade written by Chrissy / Performed by Tamara R. of Televisa
17
We're All Alone Boz Scaggs Rita Coolidge cover
32
"The Real You" written by Chrissy / performed by Rain Bisou
20
About You
19
He Is
49
"THE TRUTH HAS A SOUND"
53
Me Without You single
50
Burning Bridges single
63
Marshmallow World holiday cover
66

More than a triple threat, Chrissy is an effervescent indie rock, alternative, pop, soul, theatrical show tune, and dance music recording artist, songwriter, producer and vocal arranger, pin up model, choreographer, actress, NASM CPT, instructor, emcee host, and vintage circus arts style performer hailing from the east coast of the United States. She possesses both classical and contemporary training in voice and the movement arts, and considers herself lucky to have grown up in the enriching world of live, professional musical theater, having paid her dues as a pro child vocalist / actor, as well as the recording arts, working with many of the same people who help the international super stars and legends shine in a variety of musical formats. The centerpiece of Chrissy's body of work is her genre defying, multi octave range.

The granddaughter of an ‘American Bandstand’ dancer and niece of a ‘Dancin’ On Air’ cast mate, Chrissy, with her lifetime of entertainment industry experience, has been dubbed an ‘indie pop starlet’ to watch by the New York Post, has graced the covers of multitudes of music and glam pin-up magazines internationally, and has travelled the world collaborating with Grammy award winning friends and producers. As an indie and unsigned artist, Chrissy had over 3 million spins on Clear Channel's "I Heart Music"/"I Heart Radio"'s Discover and "New" music programs. She is a true multi genre, melting pot artist who has charted in alt rock, pop, and dance edm rhythmic charts with across the board CHR/Top 40 pop format play at both traditional terrestrial and internet radio.

Chrissy was recently a prominent contender in the TouchTunes and Warner Brothers Records ‘Breakout Band’ competition, and her music is housed in over 71,000 TouchTunes jukeboxes internationally at various restaurants, pubs, other night-life, and entertainment venues due to this relationship with WBR/TouchTunes. Her judges and mentors in the program included Duran Duran, Adam Lambert, BeBe Rexha, and Alan Jackson.

Chrissy reached the #1 position on Reverb Nation’s notable "Singer/Songwriter" chart consecutively and consistently for a multitude of years, 2008 through 2017, and now, early 2018. Her songs and singles, "Me Without You", "You Can't Stop This Girl", "Burning Bridges", "My Stupid Boyfriend", and "Diddy (Do Da)" are regularly on Reverb Nation's top #trending list. She was also a recent finalist in the ‘Unsigned Only’ song writing competition. Additionally, Chrissy paid behind the scenes dues working as a new media specialist, webmaster, and point person in WBR/Reprise's alternative rock department, working with some of WBR's greatest bands during Tom Whalley's tenure.

Chrissy’s music and production work can be heard on themes for VH1, Oxygen, Fox, MTV, Star World TV, Showtime, and a slew of other video games, shows, films, and commercials internationally. Chrissy has a strong following in Europe, Asia, Canada, and the UK, possessing particularly high Deezer stats in these regions. Her various material is available in all digital music stores, and she produces her own music alongside some of the greatest collaborators in the nation.

Although she doesn't consider it the "heart" of her material, Chrissy is well known for her international musical hits, "Strut", and "My Slushy", from the world famous tween/teen and children's video game series, ‘Dance Audition’ (Red Bana company), and Chrissy has struck video game magic again with her song ‘Me Without You’, being featured in the all ages Facebook app video game, ‘Music Monsters’, by Music Powered Games Corp.

‘Me Without You’ is a collaboration between Chrissy and Grammy nominated and Grammy award winning writers, the prestigious Meckel family of country, pop rock, and children's recording fame (Grammys for Jo Dee Messina, Emmylou Harris, Trisha Yearwood, Patti Loveless, and more), Burton Collins (creds include Celine Dion), and the multi platinum Underground Productions (LMFAO, Aerosmith, LFO/Rich Cronin). ‘Me Without You’ can be purchased via iTunes, Apple Music, Google Play store, Amazon, streamed on Spotify, Rhapsody, as well as much of her other material.

Chrissy has previously collaborated with Australian super star, Vanessa Amorosi, and has worked with multi-platinum, Underground Productions for nearly half of her musical career, which included a song written for her by Ms. Kara Dioguardi entitled, “Can’t Play A Player”, along with collaborations and mentorship from the late Rich Cronin of LFO.

Chrissy’s latest endeavors include a partnership with David Guetta’s European publisher, All Right Music, in France with Christophe Piot (former creative director of MCA Records in Europe) where she’s written and produced for both herself and other artists, including her own soft rock song, ‘About You’, available on iTunes, Amazon, Google Play store, Spotify, playable on TouchTunes restaurant jukeboxes worldwide, in addition to writing and producing the EDM hit, ‘Rain On My Parade’ for Telemundo and Televisa Latin star, Tamara Rodriguez, available in all digital music stores.

Chrissy also executive produced and published Tamara’s latest single, ‘Siempre Contigo’ for the San Diego Latin film festival, available in all music shops now, with an exclusive feature and innovative 360 short film special which debuted on Reverb Nation’s “Crowd Picks”. Chrissy has a stable of artists and protégés under her, who she writes and produces for to help them further their careers and endeavors in the arts.

Chrissy recently had several stints on iTunes’ #1 show, “Women of Substance” Radio, for a promo run regarding her latest material and singles. She is currently working with Grammy winner, Steven ‘Q Beatz’ Kubie on an freestyle flavoured side project for fun.

Chrissy can be seen on recent covers of ‘Electric Pinup Magazine’, 'Shout Outs' magazine, ‘Garters and Grills Magazine’, ‘Ink and Rhythm’ magazine’s official relaunch combining music and pinup, 'Hell On Heels' magazine’s ‘Ever After’ issues, ‘BEST OF: YEAR IN THE REVIEW’, and is ‘Miss March’ and 'Miss December' for the ‘Totally Glamorous Pinups’ calendar. Dubbed as the 'indie queen', her 'green goddess' poster was that particular publication's best selling wall pin up of all time (H.O.H.).

Chrissy is known for her human services and philanthropic work, regularly giving of her time to causes involving children, animals, and senior populations, and was “Miss Pennsylvania” for the “Hometown Pinup Company”, and she still does charity work year ’round with various non profit organizations lending her time and services, keeping all of her certifications and credentials current with her continuing education credits, serving the NY, NJ, PA, MD, and OH areas.

When Chrissy is not kicking out the jams, she works for various dance, gymnastics, martial arts, aquatic, music, and circus arts studios and training centers around NJ, PA, and NY teaching children and senior citizens in various group fit, mind body, and motivational modalities, as well as in the human services and seniors care field ranging from literacy programs, science matters, wellness, along with other social, educational, and cerebral services, with a focus on the non profit / charity, and civic sectors where she maintains "day jobs". Chrissy is available for workshops, classes, events, conferences, and gigs.