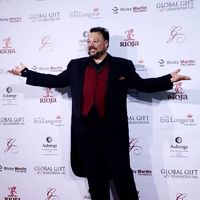 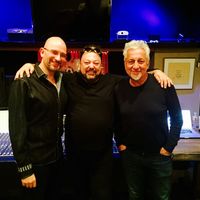 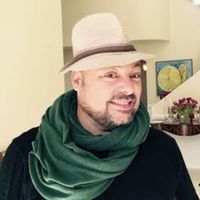 De Antobis was born in Argentina in Tandil in the province of Buenos Aires. He began studying music in Tandil at an early age with prestigious maestros Andres Risso, Bernardo Moroder, and Sofia Galicia. He then moved to Buenos Aires and completed his studies with the maestros Oscar Ruiz and Natalia Biffis.
Early career

In 1990 to 1991, he joined the chorus of the three most important theaters in South America: Teatro Colón in Buenos Aires, Teatro Argentino in La Plata, and Teatro Avenida. In the same period he debuted in the musical Dracula, which in 1994 went on a tour and became well known in all of Latin America (Chile, Brazil, Uruguay, Paraguay, and Argentina). In 1993 he played the leading role in the first international version of The Hunchback of Notre Dame, which was presented at the Luna Park Stadium in Buenos Aires. In 1995 he once again played Quasimodo in the Argentine version of the same musical by Cibrian-Mahler. The following year he debuted in the leading part in the musical La Fiesta del Año in Uruguay. In 1997 he starred in Sueños by José Cibrian Campoy and La Mitad de Algo by Enrique Morales. In 1998 in The Zarzuela by Luisa Fernanda. At the same time he went on a tour with more than 150 performances in Argentina in a show of his own concepts.
European Crossover
Carlos De Antonis performing before a packed house

In 2000, he moved to Germany where he was selected as a tenor for the Concert Forum Berlin. He performed in 43 cities in Germany in the most important opera houses (Hamburg, Frankfurt, Berlin, Cologne, Düsseldorf, Munich, etc.) as well as at the Maifeld Stadium in Berlin at the closing of World Class Polo 2000 and the Grand Ball in Berlin (Adlon Hotel) as the only tenor. In 2001, with the Dutch company Concert Music, he performed in the Netherlands, Germany, and Belgium in Drei Jungen Tenoren. In 2002 he worked with the Micheal Tietz Company on tour all over Germany in the Enrico Caruso Gala and with the Music Concert Company in ‘O Sole Mio, festival Der Tenore. In the summer of the same year he began performing his one-man Carlos De Antonis in Concert in Sardinia, Italy.

In 2003, he performed for the first time ever in the musical Sogno d'Oriente and in the show Gala Lirica, as well as numerous concerts in Germany, France, Italy, Spain, and Mexico. In 2004 he began a tour in Argentina, Uruguay, Chile, and Miami with Gala Lirica and several other concerts. In 2005 after playing Alfredo in La Traviata with four performances in La Plata, he played the Duke of Mantua in Rigoletto followed by Fenton in Falstaff, Elisir d'Amore, and the Duke of Mantua in Rigoletto in Germany.

In 2006, he debuted at the G. Verdi Conservatory in Milan in the role of Count Almaviva in the Barber of Seville and as Rinuccio in Gianni Schicchi, Alfredo in La Traviata, and Rodolfo in La Bohème. Other performances include several concerts and recitals in Germany, Barcelona, Uruguay, Sardinia, Argentina, Canada, South Africa, Italy, Denmark, and a new production with the company Giovane Balletto Italiano directed by Matteo Bittante. In March 2006 he performed at the Teatro Rossetti in Trieste in the show Pomeriggi Musicali al Rossetti organized by Associazione Internazionale Dell'Operetta Friuli Venezia Giulia. The performance also included the Musical to the Operetta concert soloist and piano, Gioele Muglialdo. In April in Barcelona he played Edgardo in Lucia di Lammermoor with Natasha Tupin and Fernando Alvarez and conductor Andrea Alvarez.
Current Life
Carlos De Antonis performing at Royce Hall

The end of 2006 marked the beginning of Carlos’ partnership with SPS Records in Los Angeles, CA. SPS Records is the entertainment branch of the better known Sports Placement Service, Inc., which for over the past two decades has represented some of the world's most legendary athletes including Muhammad Ali, Joe Namath, Jim Brown, John Riggins and Mike Tyson.

In early 2007, he began recording his debut album Del Cuore , with the help of world-renowned producer, Kim Scharnberg. The album was recorded at Capitol Records in Los Angeles, CA and Glendwood Place Studios in Burbank, CA.

On Friday March 23, 2007, to launch the release of the album Del Cuore, Carlos De Antonis made his sold out United States concert debut at the Royce Hall on the University of California at Los Angeles campus.

The following day, March 24, 2007, Carlos performed at Celebrity Fight Night XIII in Phoenix, AZ.Recognized as one of the nation’s elite charity events, Celebrity Fight Night is a star-studded evening presented in honor of the featured guest, Muhammad Ali. Celebrities and professional athletes from all over the country have participated in the event filled with an incredible Live Auction and live musical performances by many of today’s brightest stars. Past performers include Garth Brooks, Trisha Yearwood, Jim Carrey, Robin Williams, Celine Dion, Rod Stewart, David Foster, and many more. Throughout Celebrity Fight Night’s twelve-year history over $38 million has been raised for the Muhammad Ali Parkinson Center at Barrow Neurological Institute, along with many other charities.