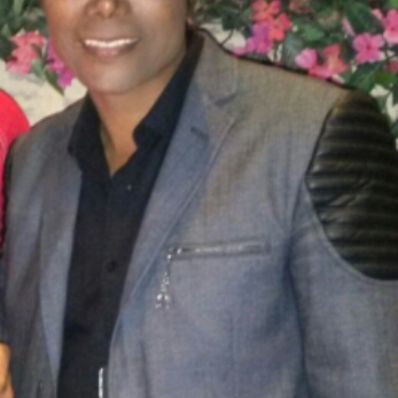 What's Wrong With Your Mind
55

Born in Los Angeles, E'CASANOVA became fascinated with the J5 cartoon reruns while still a toddler.

By 16 he knew he wanted to pursue a show business career and began competing in talent contests. After winning these contests over and over again with his tribute to Michael Jackson, E'CASANOVA knew that he had found his niche.

In Las Vegas E'CASANOVA became the “must see” act on The Strip with stints in several production extravaganzas and was the $10,000 Grand Prize Winner of MGM Grand’s worldwide celebrity look-alike contest.

On screen E’CASANOVA was requested by Michael to appear as his photo double in the "Who Is It" music video, where he is featured on camera as Michael Jackson.

In an episode of Ashton Kutcher's PUNKD' on the MTV network, E'CASANOVA punks platinum recording artist Frankie J into believing that he is Michael Jackson.

VH1 captured the unique life of E’CASANOVA during a three-day shoot in Las Vegas, Los Angeles, and New York that includes behind the scenes footage as well as that of his spectacular King of Pop tribute show.

His notoriety placed E'CASANOVA front and center to organize Michael Jackson Day in Las Vegas on October 25, 2003 as a way for the fans of the King of Pop to show their appreciation. E'CASANOVA presented the Key to the City to Michael himself and the Mayor of Las Vegas authored a Proclamation.

Critics around the world readily admit to the astounding resemblance portrayed in his tribute show. In March 2007, E'CASANOVA was invited to perform in Japan at a prestigious VIP party in honor of Michael Jackson. It was Michael's first time ever seeing E'CASANOVA perform in person, to which Michael remarked, “It's eerie…like looking in a mirror.”

Immediately following Michael's untimely passing in 2009, E'CASANOVA felt as though an entire half of him had died and could not continue performing. In fact, he took a 2 year break from the stage contemplating if he'd ever return. E'CASANOVA says, "Michael Jackson was my greatest inspiration, the soundtrack to my life, and is forever embedded in my DNA. He is the last of the great song and dance men. More importantly, he was my friend. I will forever continue to protect the integrity of his legend."

After reluctantly hosting the premiere of Michael's blockbuster film, "THIS IS IT," E'CASANOVA had an epiphany and knew now that his true calling was to continue, but as the "Messenger" magnifying Michael's final wish through his performances, to help save our suffering planet.

On stage E'CASANOVA pays homage to the King of Pop Michael Jackson and has thrilled sell-out audiences around the world with the same powerful music, dance, and special effects as the legendary musical icon.  “I don’t think I’m him,” says E'CASANOVA, “I’m not an impersonator. That’s a word I reject. I’m an actor playing a part.”

But when E’CASANOVA is playing that part, jaws drop, goose bumps form, and tears fall as he delivers the most compelling and authentic rendition of Michael Jackson the world has ever seen.

As we move into 2014, E'CASANOVA forsees a finale that is nothing short of groundbreaking! E'CASANOVA wants everyone to know, "You ain't seen nothin' yet!"