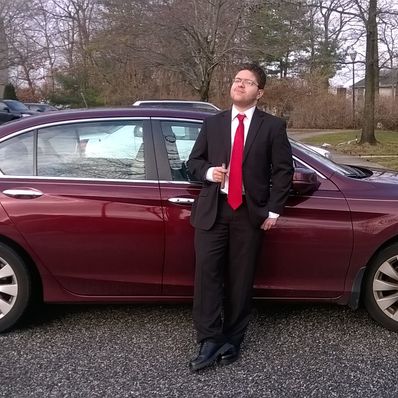 Mike Kovaleski was seemingly born to shred. His unrelenting dedication to pushing the boundaries of all things sonic has landed him top opening slots for local bands like Malander, Stay Tuned for Us and Aries, all the while bringing his one-man progressive rock act to stages that have been graced by the likes of Michael Angelo Batio and Marc Rizzo despite his low level of overall industry “experience.” Spurned on to become one of the next great rock guitar gods the day that he heard Joe Satriani’s “Surfing With The Alien”, you can always find Mike head-banging to jams from Velvet Revolver to Animals as Leaders and writing “etudes” on techniques and theoretical concepts from legato playing to modal arpeggios. Anyone looking to dramatically improve their lead playing, rhythmic composition, music theory knowledge or just learn some good old fashioned rock tunes would be hard pressed to cite reasons why you shouldn’t study with him! Critics and fans of his music have heralded Mike as someone with the skills and creativity to rise to that particular level of quirky, technical shredding nirvana. His Debut EP “A Godless Void” has been categorized as “Modern Day Pink Floyd” by Matt Myers, former drummer of Highest Honor and Baltimore-based Jazz Fusion guitar luminary Carl Filipiak has called Mike “A startlingly versatile and creative player”, which was apparently why he was hand-picked by Carl and his high school music teacher Mr. Larsen to personally participate in an “All-Star” guitar jam that was hosted in his senior year at Perry Hall High. Since then, Mike has been studying hard at The Community College of Baltimore County so he can transfer to either the Atlanta Institute of Music or the Los Angeles College for Music Professionals in addition to slowly scrounging up money and gear to finally record his first full-length studio album.