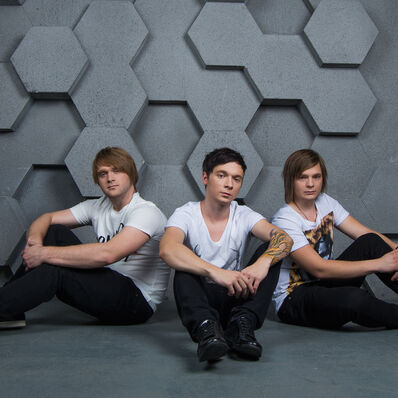 The HYPNO is an electropop/progressive rock band, formed in 2013, by Jeremy North and Mark Nicollette. The name “Hypno” was inspired by the term somnology or hypnology, which represents a branch of medicine concerned with the study of sleep. Their music is influenced by a wide range of bands, including A-HA, Muse, Whitesnake and Queen.
There is currently one unpublished promotional album of the same name “Hypno” that is searching for a publisher. In this connection, the band gives performances and shares materials with audience for the better contact with listeners and A&R agencies.

The band was formed in 2010 by Jeremy North (lead vocals) and Mark Nicollette (guitar). After multitudinous changes of names, the band chose a medical term “hypnology” and shorted that to “Hypno”. The name is primarily associated with band’s sound, their tunefulness and even immersion in the atmosphere of music. These effects have sprung up owing to Mark’s music materials as well as Jeremy‘s experience, which he had got in various jazz and academic schools. Mark and Jeremy‘s passion for modern and neoclassical music influences the sound of their compositions; a combination of simplicity and pomposity is one of the most important element of their music and it helps to appeal to people with a variety of musical tastes.
Shortly afterwards the band met Samuel Zed (bass) through social networking websites on the wave of the general interests. Further changes of the band stopped in 2014 when Nick Johnson (drums) and Alex Coulton (keyboards) joined it.

In 2011 after unsuccessful attempts to find a bassist Jeremy decided to post an ad for a bassist in a local P2P network. It was by coincidence that Samuel Zed, led by interest and desire to learn more about new musicians (or maybe it was a desire to criticize musicians), responded to the ad. He lived in a nearby town and played the bass guitar in local bands.
At the request of Samuel, Jeremy started to enumerate bands, which musical styles and directions he liked; the first group in the list was MUSE. As it turned out, Samuel has been a fan of Muse since the very beginning of its existence.
After a first rehearsal Samuel understood that he made the right choice.
“Jeremy’s vocal parts were voluminous, large-scale, with opera shades and at the same time with gentle, soft inserts, including falsetto.” – Samuel Zed
His vocal range was wide and he had catching voice, which Samuel had never heard in other bands.

“Mark’s guitar riffs were rhythmical, bold and swinging, they could easily stick in your head for a long time, they created the feeling that enforced you to play them again and again. Solo parts were melodic, vibrant and contrast, it was the classic old school sound.” – Samuel Zed

Working in his own small recording studio that he arranged in his bedroom was the main Jeremy’s income in the very beginning. Practicing music of different styles, from pop to metal, the band started recording short demos but the sound was too far from what was on bands’ minds, many records have remained in the form of sketches, from which subsequently were born full-fledged songs. Afterwards by trial and error, the first promo was recorded.

Hypno’s style is a mix of 80’s and 90’s rock; in their compositions you can find a tunefulness and simplicity of A-Ha, a pomposity of Queen and sharp guitar sound of Whitesnake (Mark’s favorite band, their influence is reflected in his guitar solos). The band also listened to modern collectives like Daft Punk, Keane and Muse. All in all, the band’s style could be described as electropop with a trace of pop and new progressive rock.
Jeremy’s vocal range is 3,5 octaves (D2-A#5) with falsetto identifies him as a tenor. Although Jeremy often tries to avoid questions about his vocal abilities; he occasionally mentions that he often listens to the voice and performing manner of the following performers: Tom Chaplin, Brandon Flowers and Matthew Bellamy.

The current activity
The band plans a release of a full album, a wide tour and concerts. At present “Hypno” is searching for a record label to issue their first CD, for which audio materials are completely ready.