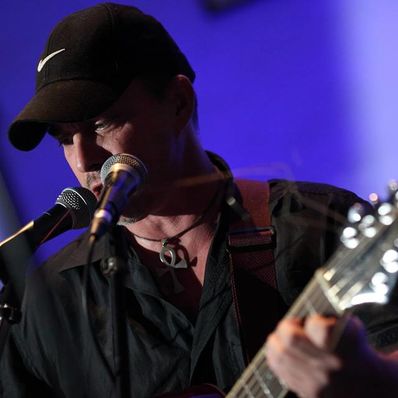 In 2017 Feb 10th Melekai Joe was considered for a Grammy award for the first time and performed at the EL Rey Theatre in La for 100's of Guests and Industry pros... Before that he Lived and Sailed on a Catamaran for 10 years from 2005 in the Caribbean, and Central America with family of 4. Wrote, toured and performed in 13 different countries since 2013. HANG on MOMMA was recorded in his Living room while in Penang Malaysia..
Recorded A demo in Nashville Tn. with World class A team Session artists that were on Jason Aldeans first Albums in 2012, and produced y the first manager of the Beach Boys, Fred Vail. Was on the Top 13 ranked on Independent Radio charts.. Currently Building a New BMI catalog of over 75 New tunes/song ideas in Malaysia. Will be back in the USA in 2016 after mini tour in Guatemala, and Belize..
Now 2017 Getting ready to Tour Europe and then South America in October.. 2017 into 2018 toured South America. Argentina was the destination, and Perfomance venues varied, with the favorite being at The music club, Hollywood, Argentina. Uruguay, Brazil, then Central America Canucn Mexico. 2018 Toured N Africa. Morocco, fez, Sahara Dessert, Algiers to Spain, then Prague CZ Republic back to the States. 2019 into 2020 was a great time living and captaining a 48 foot Hatteras to Mexico from Bridgeport CT.. While in Mexico did perform at a few venues. Covid may have stopped The live tour in 2020 but has not stopped the creative juices and desire to play and write music.. A Drummer friend John Severance has been stopping by the covid safe Melekai Studios in Ma. USA to Practice and learn some Melekai tunes for when Live gigs open back up.. Enjoy some of his new Covid 2020 Videos here and on YouTube.. Spotify has also been very positive and numbers of regular audiences and streams in the 5000+ range.. Melekai Joe is also on other various radio stations such the Blaze 93.8 in Springfield ma. and other college stations through out the world.. Check him out.. you won't be disappointed.. Be Happy. Be Well.. Be you! Peace