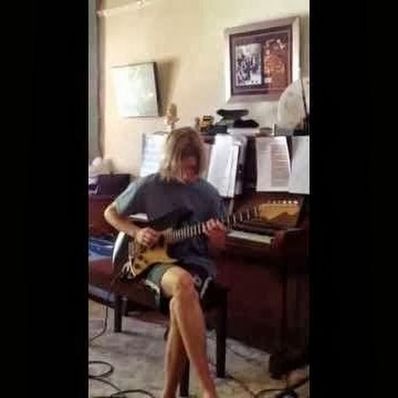 Is a Melbourne born musician who wishes to one be a working guitarist.
Always had a keen interest in music but didn't start playing until seeing the rock band ACDC live, deciding the next day to start playing guitar.
Started off playing classic rock and blues as a starting point, then moving into heavier genre's during my early teens.
Started playing in a gypsy jazz band at 16 that even landed a gig at the Melbourne international jazz festival.
From sixteen to now (almost 18) I've been focusing on playing jazz after hearing the Chick Corea Elektric Band and recently seeing Pat Metheny live
Currently studies music at high school and has finished a VET course certificate III Music Industry getting an A+ on the final performance exam.
I have just returned from the Australian Jazz Convention representing the Victorian Jazz Archives under 25's band and was surprised to find out i was the first guitarist to perform there in 5 years. In the last year alone I've been an active member in Seven different bands ranging from swing to be-bop to fusion to rock and even Indie-pop.

Other interests include a love of science (has finished the physics course at high school a year early) and the world around us as well as film (work experience with local film crew) and literature.