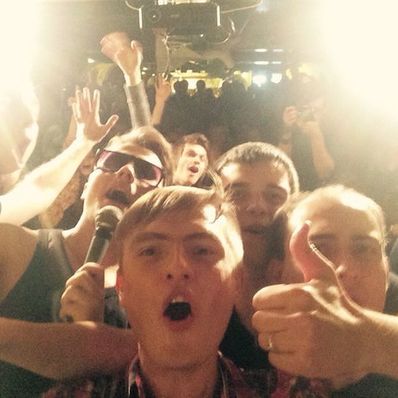 The band "Invisible Dance" was formed in 2014 in Central Russia. The initial lineup consists of 5 good friends: Max Graf (drums), Dima Bare (vocal), Alex JoJo (guitar), Paul Kosta (bass, back vocal) and Alex Santjago (keys). The basic genre is pop-rock, sometimes combined with pop and indie-pop. After the debut show in november 2014 band Invisible Dance won the title "The best young team" in the city of Kostroma (hometown, Central Russia) at the end of 2014. Band writes tracks in English only.

The original sound of Invisible Dance was complied of Adam Levine's falcetto style, Bruno Mars'es drive and american pop-rock spirit.
All guys can speak Russian perfectly.
More about us: artistecard.com/invisibledance