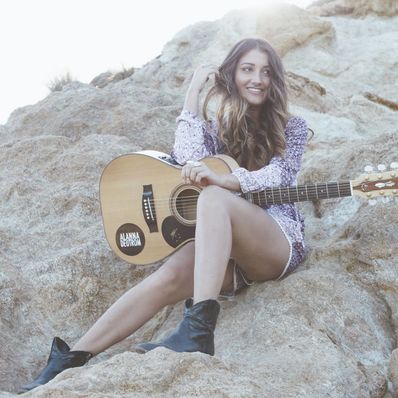 Hi my name is Alanna Deutrom. I am a 22 year old pop/country singer/songwriter from Melbourne Australia. I've been singing since I was 8 years old when my Mum decided ballet wasn't for me. I'm glad she made that decision because since then my Music has taken me all over the World.
When I was 14 I won a competition through Girlfriend Magazine which lead to me touring, performing on radio and signing a deal in the UK with a production company. I worked in London and Australia for two years before I decided to leave the company and find who I was as an artist. 4 years later I have released my debut EP, written with some of the best songwriters in the World and found my sound!
This year I have released my first country/pop single and have had the best response from my music to date.
Its true what they say - beauty begins the moment you decide to be yourself!

My biggest passions are writing songs, playing guitar and my dog Sunny. I love being around people and my friends and family are so important to me!

I've always believed I would have an extraordinary life. Hopefully you can help my story continue growing into something amazing!!!