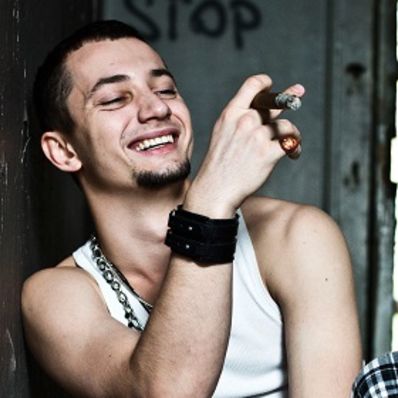 I'm a Latvian singer/song writer, works in a pop-rock music style.
I was born on June 1, 1990 in Riga (Latvia). In 2009 I became the winner of the «Star Factory 3» (Ukrainian version of «American Idol» in USA) and in 2011 I won of «Dancing with the Stars» (Ukraine).
In 2012 I presented the first album «Round I». The album includes tracks written by myself during the preceding 3 years. Thus the I summed up that period of my life and released a video for the main single from the album, «I'm sorry».
The first single form the 2nd album «I don't care» was released in August 2012. Later I released – «I.P.O.D.», «Take», «You're my...» - all tracks and videos are very different from each other, showing both sides of my nature and all filled with a new concept of sound. Recording of the album «Natural Selection» was completed by November 2013, the presentation was held on my first solo concert in Kiev. At the same concert I presented the video for the main song of the album «As long as you're with me».
In December 2013 I took part in national selection for Eurovision song contest with new single «Why».
In July 2014, on the international competition "New Wave" in Jurmala, I was awarded the "Alla" Award - a prestigious music prize given by Russian pop diva, Alla Pugacheva, to the most promising and talented singers, poets, composers and musician.
At present I'm actively touring the country, participating in various television shows, a tv presenter of one of the leading channels and working on the 3rd album. I also plan to travel and explore different musical styles.