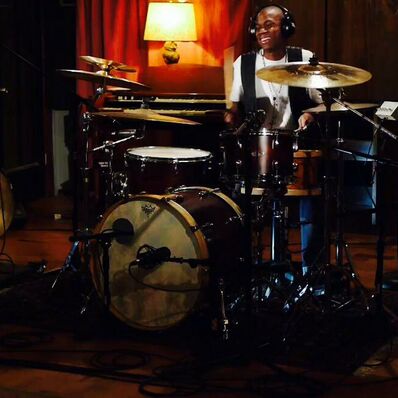 I am Jacobi Gunter, from Columbia SC born 2 lbs 7 ounces with a rare kidney disorder called "Barter's Syndrome. I started playing drums at the age of 18 months old and have been playing every since that time I have had many many favorable opportunities just to name a few, at 15 I won a position on the NBA Charlotte Bobcats drum team, who is now the Hornets (which consisted of a group of talented drummers providing sound for the fans as they entered the arena) before the audition they asked my age I told them, they stated that I was to young you needed to be 18 years of age, I auditioned that day and they made an exception. At 17 I was asked to do a half time solo performance during the Bobcats(Now Hornets) vs Lakers. In 2013 the organization decided not to script The drum team in to the entertainment for the upcoming year. However, in 2014 I was asked to come back as a solo Artist to perform center court (every Wednesday game)for teams introduction to a track that was chosen by the teams owner. My ULTIMATE interest is playing drums and during my down time completing my education, my passion is to continue inspiring through my drumming to all ages, from my experiences I see how helping people in communities everywhere only makes me a better musician and an even greater human being to receives what the Universe has for me.