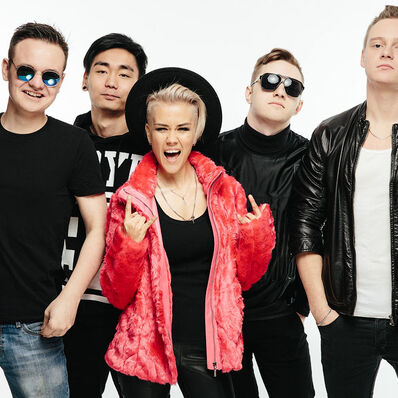 Singer, songwriter, member of the musical TV show "The Voice" on the First Channel. Vlada took part in the qualifying semi-final of the competition "New Wave - 2011" held in Moscow. T
he actress also presented several video clips with their compositions. In 2012, Vlada Chuprova joined the participants of the musical project "The Voice" on the First Channel. She sang the song «Mercy» in the framework of listening blindly and it turned just three mentor. Alexander Gradsky admitted that she graced the evening, but despite the compliment, he Gradskij it did not turn. Vlada Chuprova prefer to be in the team of Leonid Agutin.
In the second day of competition Vlade had to leave the project. Despite the fact that, according to Agutin, Vlada is best coped with the performance of the song "I took full artistic and vocal," her rival Edward Hacharyan stronger. Pelagia and Dima Bilan on the contrary praised the work of Vlada - "goose face and body."
During the project, Vlada managed to gain a huge number of fans who are eagerly awaiting the release of her new songs. No wonder, because Vlada interesting music and fresh lyrics. The rhythm of each of her songs in tandem with amazing vocals create their own special energy and volume. Lyrical compositions are imbued with sincerity and romanticism, while the fast songs create a special drive! Vlada Chuprova - the girl who will love millions.