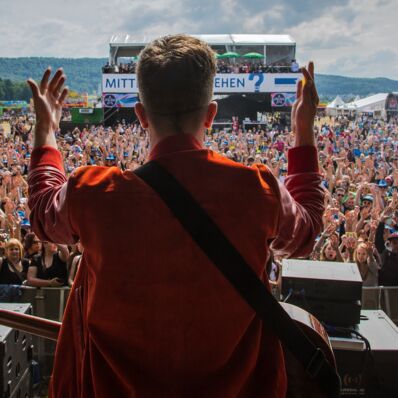 I was just 17 years old, when i conquered the international charts after winning Europe’s greatest casting show.
I sing and play piano, guitar and drums. The grandiose success at DSDS „Deutschland sucht den Superstar“ catapulted my first single „Don’t think about me“ to the top of the charts.
With my first album „My name is Luca“ i was very successful too and it reached gold status in a very short time. This led to the fact that after more than 50 years a Swiss artist could climb the German charts again.
I won the SWISS MUSIC AWARDS in the category „Best breaking act national“, i was nominated for the ECHO award and i won the NICKELODEON KID’S CHOICE AWARD in the years 2013 and 2014 in the category „Favorite star of Germany, Austria, Switzerland“.

About Luca Hänni:
The young artist has a huge fanbase in the German-speaking countries and he is in close daily contact with his fans by using the social networks.
At the beginning of 2015 Luca was in the legendary 17 Hertz studios in Los Angeles, where he worked closely with top songwriters, such as James Fauntleroy (Justin Timberlake, Beyonce, Kanye West, ...) and Andre Merritt (Rihanna, Chris Brown, Jason Derulo, ...) With Fabian Egger (Nicki Minaj, Drake, Zedd, Adam Lambert, Big Sean, Wiz Khalifa,..)
Luca produced his new album, which can be expected to be released in summer 2015. Also a fantastic music video was realised in pulsing Los Angeles with star regisseur Amos Sussigan. This video clip will accompany the first single „Set the world on fire“. Already in the near future Luca (vocals, guitar, piano) will rock the stages together with his new excellent band – the audience will be thrilled.